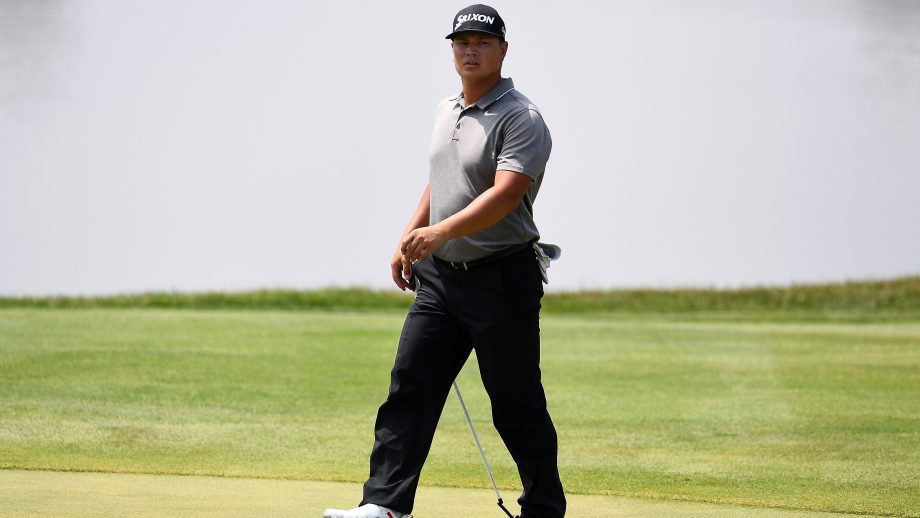 MUNDELEIN, Ill. – It was moving day for Canada’s Ryan Yip at the Rust-Oleum Championship on Saturday. The Calgary, Alta., product climbed 32 spots to sit tied for fifth at 12-under-par 204 going into Sunday’s final round.

After an 8-under 64 @IvanhoeClub, he now shares the lead. pic.twitter.com/WcbIhbQFln

Fellow Canadian Mike Weir had a tough day but remains in the tournament going into the final round at 5-under-par 211.

Kyle Jones carded a flawless 4-under 68 in the third round of the Rust-Oleum Championship to take the first 54-hole lead of his Web.com Tour career. The 24-year-old from Victorville, California is 15-under-par heading into Sunday, one ahead of Christian Brand and two clear of Justin Lower and Chase Wright.

There are 13 players within four strokes of Jones, including 36-hole leader Maverick McNealy, who carded a 1-over 73 on Saturday at Ivanhoe Club.

Playing in Saturday’s final group was something new for Jones, but he found comfort in being paired with McNealy. McNealy struggled on Saturday afternoon while Jones remained poised and moved to the top of the leaderboard.

“All the nerves I felt going into today, I felt before the round,” he said. “Once I got on the course it was back to golf and trying to make birdies. It was nice playing with a guy that you know.”

Jones made four birdies in the third round, but it was the par-saves that kept the momentum positive. Each time the Baylor University graduate missed the green, he got up-and-down to remain blemish-free. Jones left little doubt when left with a putt for par, as each attempt hit the back of the cup and disappeared into the hole.

“That’s how I putt,” said Jones. “I don’t see the lines where I die them in. I like to ram them in, and if I miss I have a 3- or 4-footer coming back. I’m putting good, so I feel comfortable over those.”

Jones has posted one top-10 this season and is currently No. 67 on the money list. In 2017, the 24-year-old competed on mini-tours before regaining his status at the Web.com Tour Qualifying Tournament this past December. A win in Mundelein would move the three-year pro to No. 12 on the money list and one step closer to earning his PGA TOUR card.

“I’m excited,” said Jones, about the challenge Sunday presents. “I’m going to try and not think about it too much because it can get in my head.”

Brand made a significant move on Saturday, posting seven birdies and no bogeys. Last year, the Dick Nugent layout wasn’t kind to the Charleston, West Virginia native as he carded 72-73 and missed the cut. Brand had no trouble on Saturday, hitting nine of 14 fairways and 17 of 18 greens in regulation en route to the second lowest third-round score.

“Today was a great day,” said Brand, who matched his personal best third-round score on Tour. “Ivanhoe played awesome for us. The course is in phenomenal shape and I hit a couple of good shots, so it worked out.”

Brand entered the week No. 124 on the money list. In 13 starts, the 30-year-old Marshall University graduate has made five cuts with his best performance coming at the Savannah Golf Championship (T22). In just his second year on Tour, Brand has a chance to win his first Web.com Tour event and move closer to the top 25 on the money list.

“There’s still a long way to go,” said Brand. “Everyone knows how 18 holes can go. There are a lot of golf shots to be hit. Great round today, I’ll enjoy it for now. Try to rest up and be ready.”