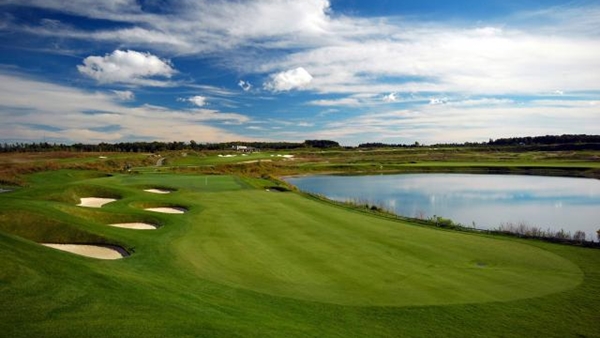 (ACTON, ONT.) – The PGA of Canada’s marquee championship is headed to one of country’s most unique and challenging layouts.

Sixty-four of the best PGA of Canada playing professionals will come together at Wyndance Golf Club in Uxbridge, Ont., this June and battle for the historic P.D. Ross trophy, which is awarded to the winner of the PGA Championship of Canada sponsored by Mr. Lube and presented by TaylorMade-adidas Golf.

“It’s fitting that our marquee championship will be played on one of the biggest, boldest and toughest golf courses anywhere in Canada,” PGA of Canada president Gregg Schubert said. “Since the championship was brought back to life four years ago, it’s been played on some unbelievable golf courses, but this year’s venue of Wyndance will surely open the eyes of the 64 players in the field.”

As has been the case since the championship was re-launched in 2010, this year’s championship will be contested as a match play event with players from the four brackets-Stan Leonard, George Knudson, Al Balding and Moe Norman-looking to advance through the five rounds to the final championship match.

The first course in Canada designed by Greg Norman, Wyndance has been meticulously shaped to take advantage of the existing terrain and sandy rock faces of the reclaimed gravel pit site upon which it was built. Large waste bunkers, loose rock outcroppings, and fairways lined with fescue convey the aura of playing golf in the American Southwest, a feeling reinforced by the architecture of the clubhouse.

“We are honoured to host the PGA of Canada’s most prestigious and historic championship at Wyndance Golf Club,” said Grant Holcomb, ClubLink’s Regional Executive Director of Operations. “Wyndance is one of the most unique and popular clubs in the ClubLink family and we look forward to having a field of this calibre challenge it.”

Parry will not only look to become the first back-to-back winner of the championship since Knudson won in 1976 and 1977, but will also have an opportunity to once again take over the No. 1 spot atop the PGA of Canada Player Rankings presented by RBC. He currently sits in second with 243 points, just eight points behind Walsh. But with 60 points awarded to the winner of this June’s championship, Parry has an opportunity to jump to the top of the rankings.

The player who sits atop the PGA of Canada Player Rankings presented by RBC at the conclusion of the PGA Championship of Canada earns an exemption into this year’s RBC Canadian Open at Royal Montreal Golf Club in L’Île-Bizard, Que.

The 2014 PGA Championship of Canada takes place June 23-27 with the Mr. Lube Tournament for Life Pro-Am kicking things off on Monday, June 23. For more information about the Pro-Am and how to be become involved, click here.

The first PGA Championship of Canada was contested in 1912 at Mississaugua Golf & Country Club.