For what it’s worth 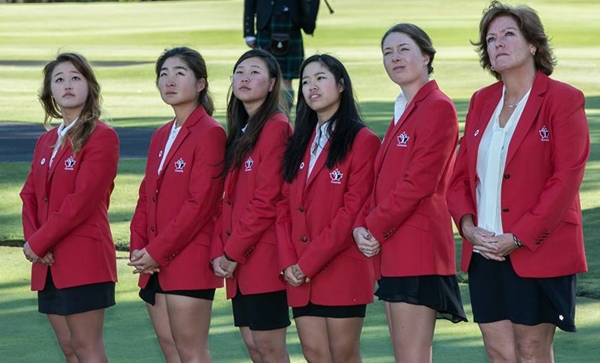 Being named to Canada’s National Development Squad involves taking on more responsibility, including the added pressure of representing Canada in the world’s most prestigious junior tournaments.

First came the Astor Trophy, a team-play event between five Commonwealth Nations—Canada, Australia, Great Britain & Ireland, New Zealand and South Africa. The Canadian contingent struggled mightily, not picking up a team win through four rounds to finish in last place. There were bright moments throughout the event, but a disappointing result nonetheless.

The story was much of the same at the Australian Amateur, with only one player qualifying for match play rounds (2-year member Jaclyn Lee).

Beyond the surface, however, there are several intangibles that cannot be measured on a scorecard. Competing against the world’s best prepares Team Canada’s athletes for future success and gives insight into how much work is needed to compete against top players. And in the grand scheme of things, that is just what Team Canada’s Development Squad is for.

“The Development Squad is the foundation of our high performance programming,” said Jeff Thompson, Golf Canada’s Chief Sport Officer. “By involving athletes at this level in their development we can work with them to develop positive behaviours and habits which in turn will serve to support their journey towards success in amateur golf. Over time, we hope to transition these players to our Amateur Squad and/or the Young Pro Squad.”

Surrey, B.C. native, Michelle Kim, was one of three new members of the Development Squad who represented Canada in Australia.

“This is my first trip to Australia and I believe the farthest I have gone from home to compete in a golf tournament,” said the 16-year-old Kim. “These tournaments were probably the biggest I have competed in—just being able to play is a huge confidence booster. This trip has definitely helped me get closer to becoming an elite golfer.”

Much of the same was said by teammate and fellow B.C. native, Alisha Lau of Richmond.

“It was a great experience and one I won’t forget,” said Lau. “I definitely learned a lot about my game this trip. I will take away a lot of great experiences—from meeting new people and great players to just the overall experience of travelling and working with the team.”

Lau and Kim, along with teammates Jaclyn Lee (Calgary), Naomi Ko (Victoria, B.C.) and Grace St-Germain (Ottawa) are back training in Canada with coach Ann Carroll, focusing on improving weak areas that were exposed Down Under.

They will look to fine-tune their game for the upcoming competitive season in Canada with a newfound look on the game and more experience under their belts.

Grace St-Germain took home the 2014 Ottawa Sports Award for golf for the second consecutive year after an impressive season that included wins at the Canadian Junior Girls Championship and the Quebec Women’s Amateur.

Click here to read up on all of this year’s winners.

The Richmond Hill, Ont., native carded three consecutive rounds under par (68-68-71) to finish in second place at 9-under in his second event as a professional golfer (he won his first event in October at an NGA Tour event). The Citrus Open, a Fore the Players conducted tournament, ran from Jan. 28-30 and sent the 23-year-old Pendrith home with a nice $4,000 paycheck.