Woods says strength is back, but not swing 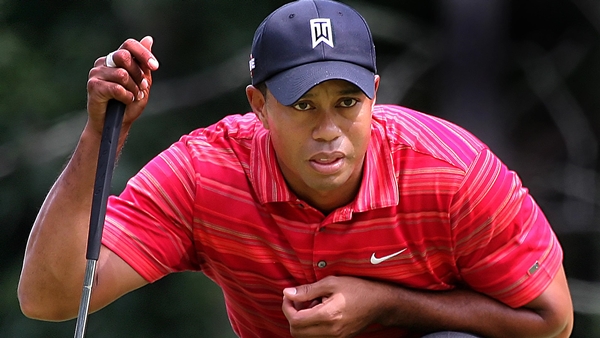 WINDEMERE, Fla. – Tiger Woods is too busy in the gym to find a new swing coach, or even swing a golf club.

Woods said Monday his strength has returned from “busting my butt in the gym pretty hard” and he is on schedule to resume competition in December. But he still hasn’t hit a golf ball since he missed the cut at the PGA Championship on Aug. 8, and still doesn’t know when he will.

“We’re pretty much past the strength phase now, and I’ve got my strength where I want to have it,” Woods said at Isleworth Golf & Country Club, where he lived for the first 15 years of his pro career. “Now I just need to get my fast twitch going and get my speed back, and that’s going to take a little bit of time. That’s part of our second phase of training. And that’s coming up now.”

Woods had his fifth surgery in 20 years – this time on his back – and failed to win a PGA Tour event for the third time in the last five years.

Rory McIlroy referred to Woods and Phil Mickelson has being on “the last few holes” of their careers when he was asked about the two best players of their generation not being eligible for the Tour Championship for the first time since 1992.

McIlroy simply was noting their ages (Woods turns 39 in December, Mickelson is 44) and their injuries. And when “the last few holes” became an Internet sensation and McIlroy was asked if he needed to explain his remarks to Woods, he replied with a laugh, “I’ve said worse to his face.”

“I thought it was funny,” he said. “Phil has less holes to play than I do, though. It’s a reality, you know? We’re all older. I’m nearing my 20th season on tour here coming up pretty soon. … It’s just part of the aging process.”

The Tiger Woods Foundation announced that India-based Hero Motocorp would be the new title sponsor of Woods’ year-end charity event, which is moving to Isleworth from Sherwood Country Club in California. The tournament will played Dec. 4-7.

Woods played an exhibition in India in February when he met Pawan Munjal, the vice chairman and CEO of Hero.

Even though he smiled, there was some truth to that. A nagging back injury became progressively worse until Woods chose to have back surgery March 31, forcing him to miss the Masters for the first time and the U.S. Open during a three-month recovery.

When he returned, Woods missed the cut twice, had his worst 72-hole finish in a major and withdrew from a World Golf Championship when he jarred his back hopping off a steep slope into the bunker in the final round at Firestone. He didn’t qualify for the FedEx Cup playoffs for the second time, both injury related. And he took himself out of consideration as a Ryder Cup pick.

Woods didn’t regret coming back too soon. He said he didn’t realize how much stamina he lacked.

“I felt good enough to do it, and the only unfortunate part is I couldn’t maintain the conditioning,” Woods said. “I wasn’t as conditioned as I needed to be. So as the tournament would wear on, I would get more and more fatigued and tired, and I wasn’t as explosive. I wasn’t as strong. … I could lift the weights that I’m accustomed to lifting, as well as playing and practicing.

“Eventually, the game started to deteriorate a little bit because … I wasn’t in good enough shape to maintain it.”

He said his conditioning program is similar to when he returned from reconstructive knee surgery after winning the 2008 U.S. Open, his last major title.

Woods fired Sean Foley two weeks after the PGA Championship. He already has had three swing coaches – and four different swings – during his pro career.

“Am I looking for a new coach? As of right now, no, I’m not,” Woods said. “Right now I’m just trying to get physically better, stronger, faster, more explosive. … I’m in no hurry to look for one right now. As I said, I’m just focused on what I’m doing.”

Among the early commitments to the Hero World Challenge are U.S. Open champion Martin Kaymer, Masters champion Bubba Watson and either other players in the Ryder Cup next week, along with two Americans who won’t be in the Ryder Cup – FedEx Cup champion Billy Horschel and Chris Kirk.

“It’s going to be a deep field,” Woods said. “And hopefully, I can play a little bit better than I have been playing.”

Woods lost in a playoff last year to Zach Johnson. That was his last top-10 finish.