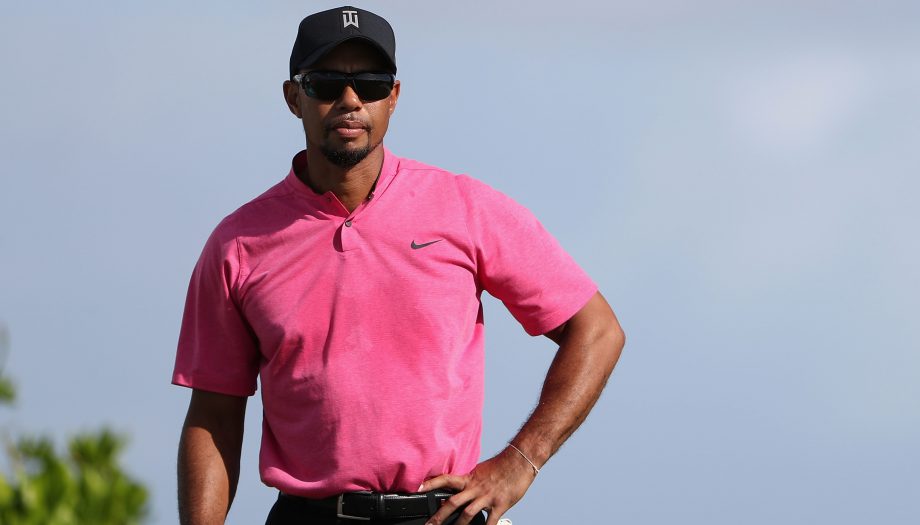 NASSAU, Bahamas – This might be one time that Tiger Woods doesn’t measure success on the golf course by the score on his card.

He measured it with three words Tuesday: “I’m playing again.”

There were times during his 15 months away from golf that Woods wasn’t entirely sure that would be the case. He said that when he was at the Hero World Challenge last year, he needed help just to climb out of bed. At an outdoor party at Albany Golf Club, he would mingle for a few minutes and then sit on a stone bench.

He spent more time looking back than looking forward, saying at one point that anything else he achieved in golf would be “gravy.”

And now he can’t wait to get started on Thursday.

The 15-month break to heal following back surgeries is the longest he has been away from golf. Woods was a mixture of optimism and reality about his return. He talked about having all the shots he needs to compete against a field that includes 17 players from the top 40 and Woods, the tournament host who is at a career-low No. 898. He is playing, so he said he wants to win. The outlook is no different.

He also noted that Bubba Watson won last year at 25-under par, and it probably will take something around that to win.

“I know that’s a tall order since I’ve been away from the game for so long and I’ve made a lot of different changes in my game,” he said. “Physically and also equipment, practice schedules, training, all that has evolved. The mindset of competing hasn’t. That is to go out there and try to beat these guys.”

He still is working with swing coach Chris Como, whom he brought on two years ago. Now that Nike is out of the equipment business, Woods is using a TaylorMade driver and fairway metals, a Bridgestone golf ball and his old Scotty Cameron putter that he used to win all but one of his 14 majors.

But it starts with playing.

“Put it this way: It’s a lot better situation this year than last,” Woods said. “I just couldn’t get out of bed. I needed help. It was a tough, tough time. You asked me then, ‘Could I play?’ No. I can’t even get out of bed. How am I supposed to swing a club at 120 miles an hour? That’s just two different worlds.”

The Hero World Challenge, which he started in 1999 to benefit the Tiger Woods Foundation, is effectively a holiday tournament for golf’s elite that has no cut and pays $1 million to the winner. It feels so much bigger this year because of Woods.

Over the last year, he played five holes to open his new golf course, Bluejack National, outside Houston. And he took three swings with a wedge on the par-3 10th hole at Congressional during a day to promote the Quicken Loans National. All three went in the water.

Everyone is curious to see how he plays. That includes Woods.

His biggest concern is how far his shots will go because he hasn’t played with any adrenaline since the final round of the Wyndham Championship on Aug. 23, 2015. He doesn’t know how his game will stack up against players he watched at Hazeltine when he was an assistant captain at the Ryder Cup.

His previous long break from golf was eight months when he had reconstructive surgery on his left knee after winning the 2008 U.S. Open at Torrey Pines, the last of his 14 major titles. He won his opening match in the Match Play Championship and won two tournaments later at Bay Hill.

That was a knee. This is a back.

He was 33, not a month away from turning 41. And that was long before any chaos in his personal life.

Asked what he would expect to feel Thursday at Albany Golf Club, Woods said, “I’ll let you know then, because I don’t know right now.”

“Yeah, there’s nerves, of course, because I care. I care about what I do out there,” he said. “I want to win, and I want to place the ball in the correct spots, give myself the best angles and bury these putts. Trying to figure that out, yeah, there’s nerves.”

Woods often talks about the “process” when he’s changing his swing. This was a different kind of process. It starts with hitting golf balls at home, then playing a practice round at home, and then bringing that game out to a tournament, competing and eventually getting into contention.

“Right now, I haven’t even competed yet, so I’m at the beginning stages of that,” he said.

Jack Nicklaus spoke Tuesday morning at the HSBC Business Forum in Florida and talked about how golf wasn’t nearly as important to him as competing. That’s something to which Woods can relate. What he said he missed was the competition, whether on tour or at home with friends.

“But the bigger the stage,” Woods said, “the more fun for me.”