Woods pulls out of Bay Hill because of back pain 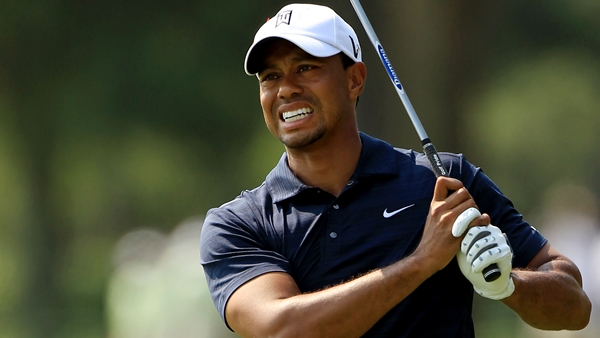 ORLANDO, Fla. – Tiger Woods withdrew from the Arnold Palmer Invitational Tuesday because of persistent pain in his back, creating even more uncertainty for golf’s No. 1 player with the Masters only three weeks away.

And that’s if Woods can even play in the Masters.

“I personally called Arnold today to tell him that, sadly, I won’t be able to play in his tournament this year,” Woods said on his website.

“I would like to express my regrets to the Orlando fans, the volunteers, the tournament staff and the sponsors for having to miss the event. Unfortunately, my back spasms and the pain haven’t subsided.”

He also tweeted the following.

Called Arnold today to tell him that sadly I won’t be able to play. Back spasms and the pain haven’t subsided. http://t.co/7F8LDAV2Ff

Woods had to withdraw after 13 holes of the final round at the Honda Classic three weeks ago because of what he called back spasms and pain in his lower back. He tried to defend his title the following week at Doral, only for his back to flare up again in the final round. He closed with a 78, the highest Sunday score of his PGA Tour career and the first final round without a birdie.

After a week of rest and treatment, he didn’t feel fit to play Bay Hill, where he is an eight-time winner, including the past two years.

“I am certainly sorry that Tiger is not able to play,” Palmer said. “Quite obviously, we will miss having him here this week. He called me to tell me that his back was still giving him a lot of trouble and he didn’t feel he should play. I told him I understood and wished him well.”

This is only the second time that Woods has not played Bay Hill. He also missed in 2010 when he sat out more than four months during the scandal in his personal life.

The Masters, which is April 10-13, is the only major Woods has never missed.

“It’s too early to know about the Masters, and I will continue to be evaluable and work closely with my doctors,” Woods said. “I feel badly that I won’t be able to play in this great tournament this week.”

This has been the longest sustained problem with the lower back. “A bad back is no joke,” Woods said at Doral.

Woods is off to the worst start of his 18 years on tour.

At Torrey Pines, where his eight victories included a U.S. Open, Woods shot his highest score on American soil with a 79 to miss the 54-hole cut. He tied for 41st in the Dubai Desert Classic a week later for his worst finish in that event.

Woods had said he spent his offseason working on his body and didn’t spend enough time on his game, so it was troubling for him to then deal with yet another injury. He shot a 65 in the third round of the Honda Classic before having what he described as back spasms similar to The Barclays last year.

At Doral, he was only three shots out of the lead going into the final round and in the penultimate group when he said an awkward stance while playing out of a bunker on the sixth fairway of the Blue Monster caused his back to start hurting again.

“That’s what set it off and then it was done after that,” Woods said at Doral. “Just see if I could actually manage … keep the spasms at bay.”

Woods had said at the start of the Florida swing that he was taking a look at his schedule leading up to the Masters, though he never made it clear if he intended to add another tournament. Woods rarely gives a “yes” or “no” to questions pertaining to his plans.

He has never played the week before any major except for the PGA Championship.

In 2010, after revelations of extramarital affairs, Woods had gone 145 days without hitting a meaningful shot when he arrived at Augusta National. He opened with a 68, his lowest first-round score ever at the Masters, and wound up in a tie for fourth.

Swing coach Sean Foley said he would not read too much into how Woods can prepare for the Masters if he can play.

“I’ve been coaching on tour long enough now to know that Tuesday doesn’t affect Wednesday. There’s no rhyme or reason to performance,” Foley said in a telephone interview. “Tiger is always about the majors, and he’s solely about the majors now. He’s got to do the right thing. He’s just doing the right due diligence about it.”