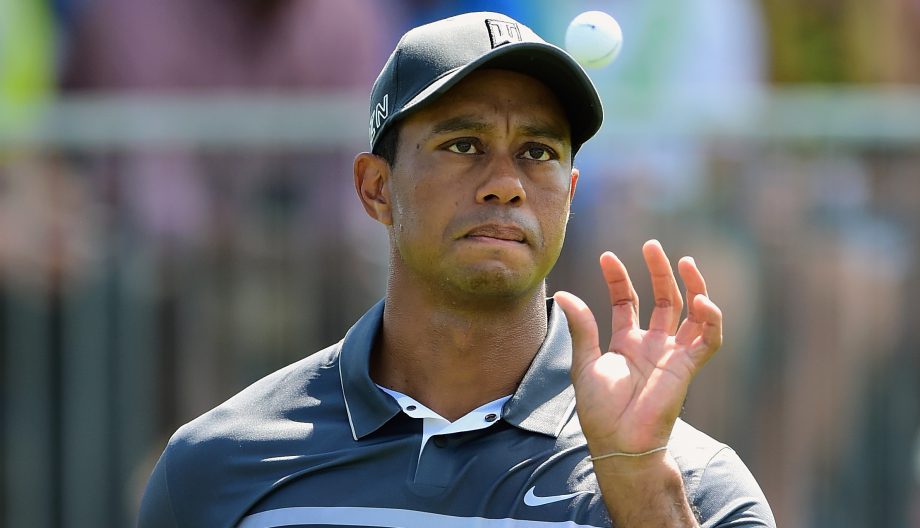 BETHESDA, Md. – Tiger Woods can play soccer with kids and ride a bike but hasn’t progressed far enough in his rehab to set a timeline on when he’ll return to professional golf.

Woods, who hasn’t played on the PGA Tour in 10 months after two back surgeries last year, isn’t yet able to play 36 holes a day and practice how he’d like. Before getting back, he said he’d have to play several days to show his body can handle the workload.

“I need to get to where I can play 18 holes out here and go to the range for an hour and work on my game,” Woods said Wednesday on the eve of the first round of his Quicken Loans National tournament. “That’s what I used to do, that’s one of the reasons why I think I’ve had some success – I was able to work on it during the week. Just not quite there yet.”

The 40-year-old is battling soreness day-to-day when he practices and said he needs to get into golf shape some more. He hasn’t had any setbacks and hasn’t lost distance on his drives, but the strain of playing on consecutive days is still a struggle.

Woods said he has pushed through injury rehabs before and vowed not to do it again. He missed nine months in 2008 and 2009 after surgery to repair the ACL in his left knee.

“Trying to do it correctly this time,” he said. “I’m just playing it week-to-week and I keep getting better, I keep getting physically better. I just hope that everything clicks in and I can do it sooner rather than later.”

Woods hasn’t played since the Wyndham Championship in August. The 14-time major winner said it’s especially tough to miss his own tournament, which he has hosted since 2007.

The Quicken Loans National following the U.S. Open hurt the quality of the field that will tee off Thursday at Congressional Country Club. But Woods appreciates that Jim Furyk, Ernie Els and Vijay Singh are among those taking part, along with sixth-ranked Rickie Fowler.

“These guys could be resting and get ready for next week but they’re here playing,” Woods said. “It’s neat to see these guys are veterans and they’ve gone through countless wars with us, they’ve been around for a long time and for them to come out here and play.”

Watching the U.S. Open on Sunday, Woods criticized the USGA for how it handled a rules situation with eventual champion Dustin Johnson. Officials told Johnson at the 12th hole they’d decide after his final round whether to penalize him for his actions on the fifth green, and he had to play the final seven holes not knowing what his score was or how far ahead he was of the rest of the field.

Asked how he would’ve handled that situation, the three-time U.S. Open champion said: “I’m a little bit feistier than Dustin, so I think I would’ve probably said a few more things during the round.”

Woods would like to get back into competition and won’t rule out playing in any future event. That doesn’t mean he’ll be ready for the British Open next month, only that he’ll continue doing his “mundane” exercises and building up strength.

“I’m just playing it week to week and I keep getting better,” Woods said. “I keep getting physically better. I just hope that everything clicks in and I can do it sooner rather than later.”