Without Tiger, the Masters has an open look 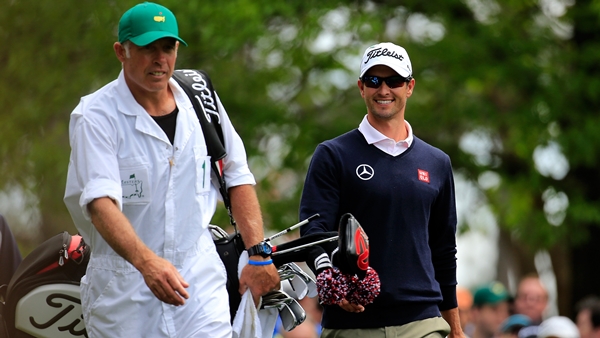 AUGUSTA, Ga. – Adam Scott has gone to majors for more than a decade looking at Tiger Woods as the player to beat.

Now that Woods is out of the Masters for the first time in his career that “player to beat” could be just about anyone.

Scott is the defending champion and can go to No. 1 in the world this week. Las Vegas lists Scott and Rory McIlroy as the betting favorites, narrowly ahead of Phil Mickelson, Jason Day and Matt Kuchar.

McIlroy has never finished in the top 10 at the Masters, which is a little misleading. He had a four-shot lead entering the final round in 2011 and shot an 80. McIlroy looked at the tee times for Thursday and predicted that 70 players could win the green jacket.

TEE-TIMES AND PAIRINGS RELEASED FOR 1st & 2nd ROUNDS: Tee times for the 2014 Masters Tournament have been released and there is no shortage of star power in this major championship field.

Tee-times and pairings for Canada’s Graham DeLaet and Mike Weir are pictured below.

IKE RAMIFICATIONS: It’s bad enough that Augusta National had to remove the famous Eisenhower Tree from the 17th fairway because of damage from an ice storm.

That might have been the hardest decision, but the easiest to execute.

The loss of Ike’s tree led to other changes that the club felt needed to be made. And this is a major that spares no expense at trying to do everything just right.

Augusta National had already mailed out some 2,000 media guides, with a glossy cover, color photos and 420 pages of information. A week or so after the tree came down, the club sent the media guide back to the printer to update the mention on page 28 of the tree. Everything was changed to past tense, and it mentioned how it was taken down in February 2014 after an historic ice storm.

The club didn’t stop there.

It removed all the calendars on sale in the merchandise shop because they had photos of the Eisenhower Tree, redoing the calendars with a different image of the 17th hole. It also changed the yardage books and spectator guides that are on sale this week to reflect that the tree is no more.

And the daily pairing sheets? Those have a course guide on the back, and the template was changed to show the 17th hole without the tree.