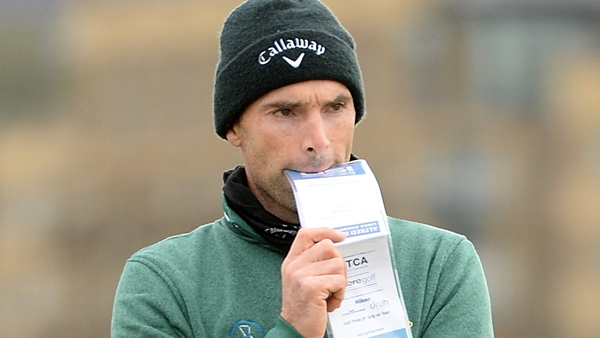 ST. ANDREWS, Scotland – Oliver Wilson of England closed in on a maiden European Tour title when he moved three strokes clear of the field in the third round of the Alfred Dunhill Links Championship on Saturday.

“I just love coming to play golf here on the three courses, and that walk up the 18th on the Old Course is pretty cool.”

He also wasn’t fazed when McIlroy surged on the front nine to tie him briefly.

McIlroy birdied five straight holes and made the turn on 30. But he hit into a bunker on the 16th, took two shots to get out and bogeyed the hole he eagled the day before. He finished with a 64, one off his best on the course.

“That was mission accomplished,” McIlroy said.

“The last four holes wasn’t really what I wanted but any time you shoot a score like that around St. Andrews, you have to be happy. Got myself into contention going into tomorrow, and Dad and I are going to get to play St. Andrews on his birthday tomorrow which will be a huge treat for both of us.”

Fellow Ryder Cup teammate Stephen Gallacher (69) at 9 under was five shots under the cut. But their other teammates Victor Dubuisson (75) at 1 under, and Martin Kaymer (71) at 1 over missed out.