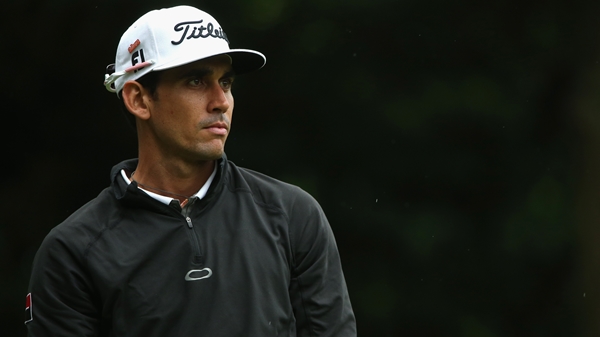 COLOGNE, Germany – Danny Willett and Rafa Cabrera-Bello both shot 8-under 64s to share the clubhouse lead while local favorite Martin Kaymer endured a frustrating round on the opening day of the BMW International Open on Thursday.

Willett, the Englishman who won the 2012 tournament on the same Gut Laerchenhof course, finished with his eighth birdie to match his Spanish playing partner’s bogey-free round.

Kaymer, making his first competitive appearance since winning the U.S. Open, made five birdies but was let down by two bogeys and a double bogey in a 1-under 71.

“It was a tough day for me on the greens,” said Kaymer, who was given a rousing reception despite the 7:40 a.m. tee off. “It was very, very playable today. It was the best conditions you can get here, but I didn’t make many putts, especially the last five holes. It was probably the worst I can do.”

There was a six-way tie for third, with Spain’s Alvaro Quiros and Northern Ireland’s Michael Hoey joining early leaders Anders Hansen of Denmark, Gary Stahl of France and Englishmen Andy Sullivan and Graham Storm on 6-under 66.

Ireland’s Shane Lowry, France’s Romain Wattel and Spaniards Nacho Elvira and Jorge Campillo were in a group at 5 under.

World No. 2 Henrik Stenson managed an eagle on the 13th hole and finished 4 under with another two birdies.