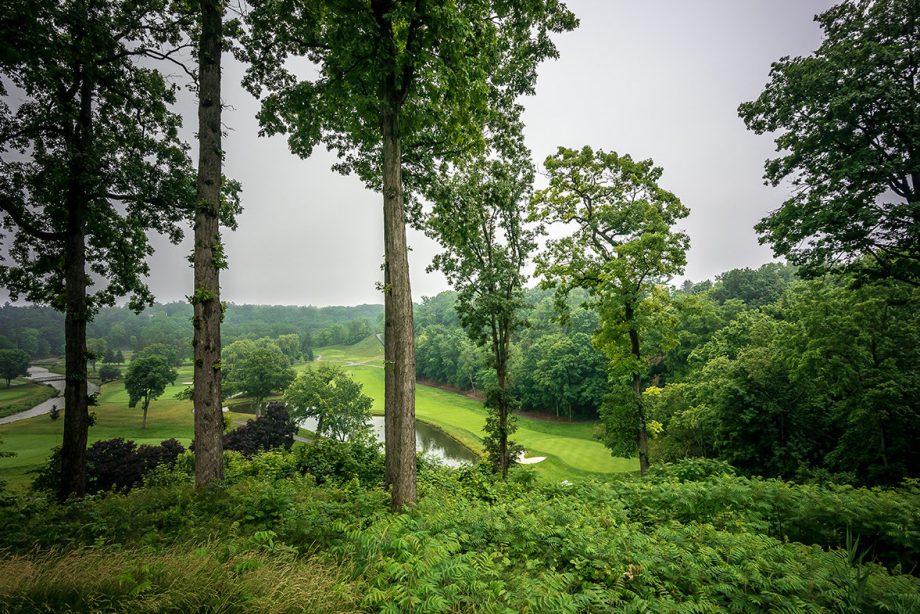 The PGA of Canada’s No. 1-ranked player Marc-Etienne Bussieres won a wild 11-for-one person playoff Tuesday at Credit Valley Golf & Country Club and advanced to the match play portion of the PGA Championship of Canada presented by TaylorMade and adidas Golf.

“I’ve definitely never been part of a playoff this big, but that sure was exciting,” Bussieres admitted. “Although I didn’t think it would take four times through before someone would finally make a birdie.”

With the playoff victory, Bussieres—who won the PGA Championship of Canada in 2016 at Victoria Golf Club—rolls into match play as the No. 16 seed and faces medalist Bryn Parry, who won this championship in 2013 at Magna Golf Club.

“I’m pretty confident in my game and I know he’s (Parry) confident in his game too, so I think we’re going to have a really fun time tomorrow morning,” Bussieres says. “Bryn’s a great guy, a great player and I love playing with him.”

For the full leaderboard and match play bracket, click here.

Of the remaining 16; Parry, Bussieres, King, Rutledge, Cornellier and Levesque have all won the PGA Championship in the past. Furthermore, McCann, Walsh and Kerfoot are past PGA Assistants’ Championship of Canada winners, with Bedard winning last year’s Mike Weir Player of the Year Award.

The winners of the morning matches Wednesday qualify for the afternoon quarterfinal matches. The eventual champion will win four match play rounds, adding his name to the historic P.D. Ross Trophy.

“This is such a great championship because when you have 16 of the top 70 players in the country you know you’re going to face someone with serious skills,” Bussieres said. “You can’t fall asleep during any part of your match or you’ll end up losing. You need to be focused the entire time, play well and maybe get a little lucky to advance through the brackets.”

Re-launched in 2011, the PGA Championship of Canada was contested strictly as a match play event through 2014 with players from the four brackets—Stan Leonard, George Knudson, Al Balding and Moe Norman—looking to advance through the six rounds to capture the historic P.D. Ross trophy. However, the 2015 championship at Cabot Links saw a format change, with 69 top-ranked players from the PGA of Canada Player Rankings presented by RBC playing two rounds of stroke play. The top-16 players from the 36-hole stroke play portion of the event filled out the four match-play brackets with the eventual champion winning four match play rounds.

This year’s championship at Credit Valley follows the same format.

Credit Valley last hosted the PGA Championship of Canada 25-years ago in 1993, which was won by 12-time PGA TOUR winner Steve Stricker. The club has also recently hosted two PGA Women’s Championships (2010 and 2016) and a PGA Seniors’ Championship in 2015.

Credit Valley was also home to PGA of Canada Hall of Fame member Al Balding, a four-time winner of the PGA Championship of Canada, as well as recently deceased PGA of Canada member Jerry Anderson, who won the championship in 1987.