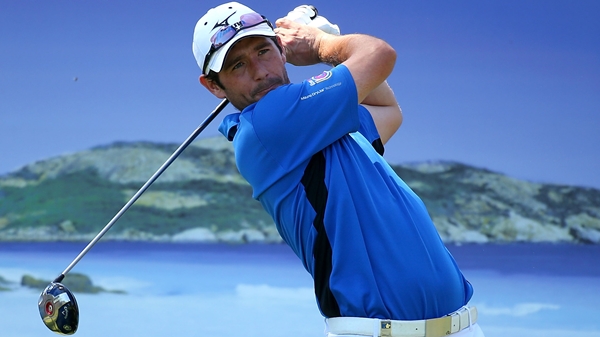 PERTH, Australia – Peter Whiteford of Scotland had back-to-back rounds of 66 to hold a one-shot lead at the halfway mark of the Perth International on Friday.

Whiteford, who needs to finish first or outright second to retain his European Tour card, moved to 12 under with an eagle on the par-5 7th – his 16th hole – to move ahead of Denmark’s Thorbjorn Olesen, who followed up his first-round 64 with a 69.

Olesen started the second round in a share of the lead at 8 under, and had four birdies before a bogey at the last.

“It’s always tough to come back after a great round,” he said. “With the way I played these last two days I feel more confidence going into the weekend.”

Sihwan Kim of South Korea was in third place at 10 under, one clear of James Morrison of England, who hit a course-record, 9-under 63, and David Drysdale of Scotland.

Morrison said the Lake Karrinyup Golf and Country Club is the “sort of course that suits me. I just feel comfortable.”

Charl Schwartzel recovered from a rocky start to his second round and had a 69 to move to 7 under, while Victor Dubuisson made birdies on five of his first seven holes in a 67 to move to 6 under.

Jason Dufner, the 2013 U.S. PGA champion, made the cut in his first tournament after almost three months off with a neck injury with two rounds of 70.