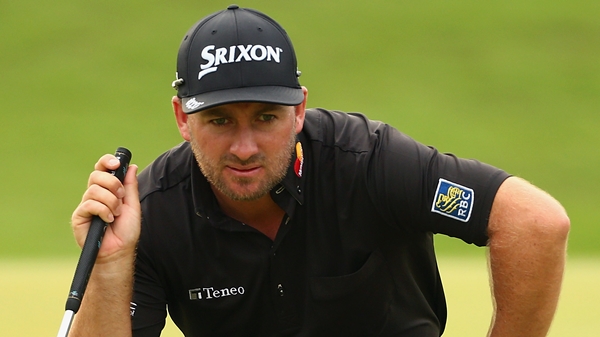 KUALA LUMPUR, Malaysia – Defending champion Lee Westwood and Graeme McDowell both shot a 6-under 66 Thursday to share the lead after the first round of the Malaysian Open.

Westwood won by seven shots here last year and again thrived at the Kuala Lumpur Golf and Country Club, mixing seven birdies with one bogey. Former U.S. Open champion McDowell then joined his Ryder Cup teammate in the lead as both took advantage of the easier morning conditions on a hot and blustery day in Kuala Lumpur.

Westwood finished 2014 with a victory in the Thailand Golf Championship and then tied for ninth at last week’s Dubai Desert Classic.

“I’m playing well at the moment,” Westwood told The Associated Press. “I finished off last year with a win and I was hitting the ball well over winter and I’ve been working on my game. I’m looking forward to tomorrow. It’s nice to keep going out on the golf course when you’re playing well.”

They are one shot ahead of a trio that included Malaysian Danny Chia, who was even par through nine holes before thrilling the local galleries with a superb 31 on his back nine. England’s Tommy Fleetwood was also on 67 along with South Korean Kang Sung-hoon, who picked up birdies on three of his last five holes.

Victor Dubuisson of France was set to be the highest-ranked player in the field but withdrew on Wednesday because of an illness.

The stream of red figures on the leaderboard suggests the course is there for the taking, although McDowell warned the KLGCC layout could bite back in the coming days.

“Lee (Westwood) obviously got to 18 under when he won it last year, but 11 under was the next best score,” the Northern Irishman said. “The greens are good so I’m expecting scores in the mid-teens will win it this year.

“But it’s a course that if you start getting out of position, it can hurt you.”