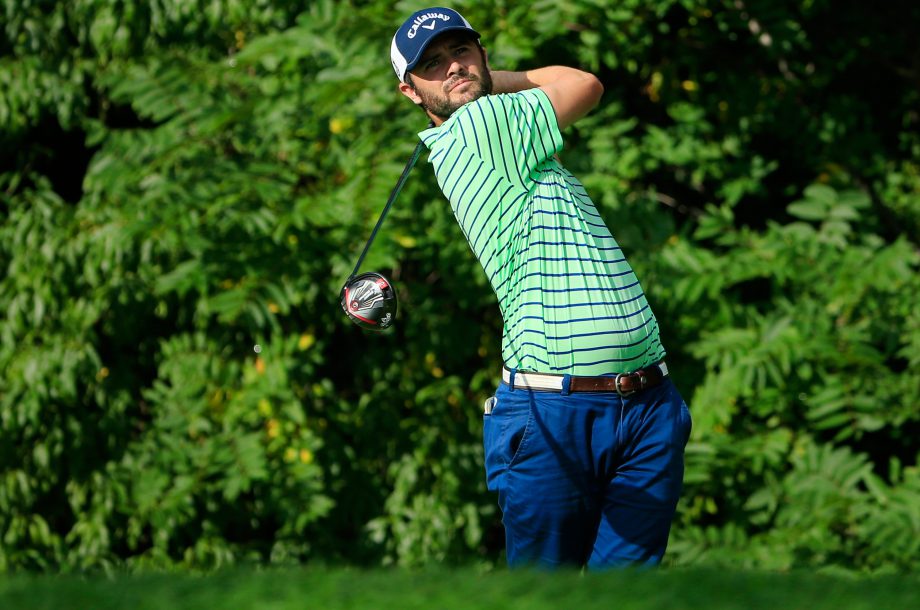 SILVIS, Ill. – Wesley Bryan took the lead in the rain-delayed John Deere Classic on Friday, five days after earning a PGA Tour card with his third Web.com Tour victory of the year.

Bryan played 26 holes in 10 under Friday at TPC Deere Run, birdieing three of the final holes to finish off a first-round 66 and shooting a 64 in the second to reach 12-under 130.

Area favorite Zach Johnson faced a long day Saturday after not even getting onto the course Friday.

Play resumed five hours late at noon after nearly 2.4 inches of rain overnight – on top of the inch Thursday morning and afternoon that delayed play 3 1/2 hours. Because of the wet conditions, the players were allowed use preferred lies in the fairways in the second round.

Bryan has made a fast rise since focusing on tournament golf last year after working as a trick-shot artist. The 26-year-old former South Carolina player dominated the Web.com Tour this season, winning in Louisiana, Mexico and Kansas and earning $449,392 in 13 starts.

Steve Marino was a stroke back after rounds of 66 and 65.

Johnson opened with a 65 on Thursday. The 2012 tournament winner is from Cedar Rapids, Iowa.