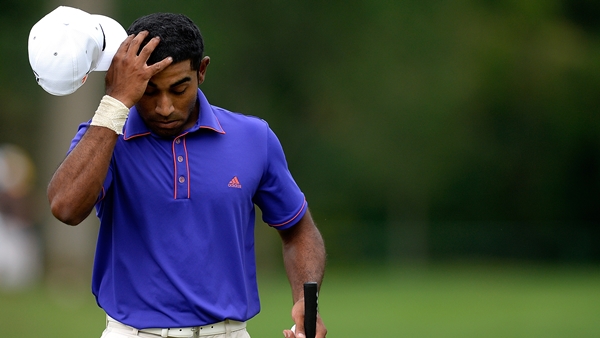 PONTE VEDRA BEACH, Fla. – Bhavik Patel has been suspended one year for violating the PGA Tour’s anti-doping policy, making him the second player to be suspended since golf began its drug testing program in June 2008.

Patel has never played a PGA Tour event. He narrowly missed his card in last Q-school in 2012 and played the last two years on the Web.com Tour. Patel finished 103rd on the money list and did not qualify for the Web.com Tour Finals.

“In an effort to overcome an injury, I made a lapse of judgment,” Patel said in a statement released through the tour. “I regret my decision but have learned from the experience and look forward to returning to competition.”

The tour said the suspension would be retroactive to Oct. 7. That means Patel would not be eligible to play until Web.com Q-school next fall.

Under its anti-doping policy, the tour is not required to disclose the performance-enhancing drug Patel used.

Doug Barron was playing the Nationwide Tour when he was suspended in 2009 for a positive test. Barron was 40 and suffered from low testosterone. His lawsuit against the tour was resolved, and Barron returned from suspension two months early and was granted a therapeutic use exemption.

Vijay Singh, who is in the World Golf Hall of Fame, told a magazine in 2013 that he had used deer antler spray after the tour had warned players that the spray had contained IGF-1, which is on the tour’s list of banned substances. The tour had planned to suspend Singh – this had not been announced while Singh was allowed to appeal – and then dropped its case against the Fijian based on updating information on the spray from the World Anti-Doping Agency.

Singh then sued the PGA Tour. The lawsuit is pending.

Patel, 24, is from Bakersfield, California, and played college golf at Fresno State.