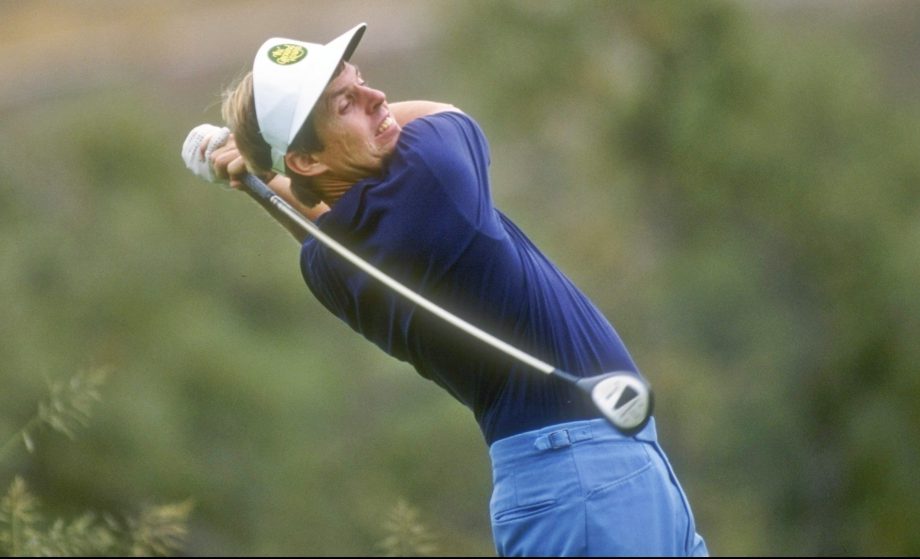 Inside the ropes of the 1990 PGA TOUR, no one performed better than Wayne Levi.

Sure Greg Norman put a few more dollars in his bank account. The Australian finished first on the money list with $1.17-million to Levi’s $1.02-million. Sure Nick Faldo won both the Masters and British Open in 1990.

But nobody won four times like Levi did in his season to remember. That’s why when the time arrived for his peers to vote they named Levi the the tour’s player of the year.

“It’s just been an incredible year,” said Levi after he was presented with the award. “I’d never thought I’d have this kind of a year. I never thought I’d win as many tournaments as I have, have the success I’ve had.”

The golfer from Little Falls, N.Y., then 38, put an exclamation point on his season when he won the 1990 Canadian Open at Glen Abbey Golf Club in mid-September with a 10-under total for a one-stroke victory over Ian Baker-Finch and Jim Woodward.

Levi jumped out to the 36-hole lead with back-to-back rounds of 68. The second round was more impressive because of the nasty winds and thunderstorms that interrupted play, and Levi joked afterwards that he didn’t want too late of a tee time on Sunday afternoon because he wanted to watch his beloved New York Giants play against the rival Dallas Cowboys.

About the same time the Giants, who would win the Super Bowl a few months later, put the finishing touches on the Cowboys in Dallas for a 28-7 win, Levi holed his title-clinching putt on the 18th green.

“To win four in a year, that’s the sort of thing you think of Jack Nicklaus or Tom Watson doing back in the 1970s,” said Baker-Finch, who would go on to win the British Open 10 months later.

Despite his outstanding start at Glen Abbey, Levi checked in with a third-round 72 to trail 54-hole leader Buddy Gardner by three shots. But Gardner faded early on the final day with a double-bogey at No. 6. Meanwhile, Levi notched birdies at Nos. 8, 12 and 13 to take the lead for good.

He added a birdie at the par-5 16th, but bogey No. 17 to make the closing hole tense for his two-putt par.

The knock on him was Levi simply didn’t practice enough. Rather than practice when he returned to his upstate New York home in between events, he enjoyed spending time with his wife Judy, daughters Michelle, Lauren and Chris as well as son Brian.

What spare time he had left after his family was divided between his hobby as a stock market speculator and his Giants.

“Some guys hunt and fish. I follow the stock market,” said Levi, who visited the Toronto Stock Exchange floor when he returned to the area the following spring to promote the 1991 Canadian Open.

There were no signs that Levi was about to enjoy a breakout year in 1990. He had not contended in any majors throughout his career and hadn’t won since the Atlanta Classic in June 1985.

Prior to his first win in 1990 in May, Levi had missed the cut in 6 of his previous 11 events. So he visited his long-time friend and instructor Rick Christie in Tampa Bay. He changed putters and made an adjustment to his setup.

Poof, Levi piled up wins at Atlanta, the Western Open in Chicago, Hartford and at Glen Abbey in four months.

“It was something I didn’t expect, but I also wasn’t surprised,” Levi said.

The win at Glen Abbey was his final career victory on the PGA Tour. But his impressive play put him on the U.S. Ryder Cup team a year later and on the 1991 U.S. World Cup team with Joey Sindelar.

He did win twice on the Champions Tour in 2003 and 2004. But again, joked that he never planned to play with the 50-and-over set until the stock market tailspin in the late 1990s and he lost “millions.”

“I never wanted to play out here,” Levi said about the Champions Tour. “But I’ve got a family to take care of, so here I am.”

He certainly took care of things at Glen Abbey 25 years ago.