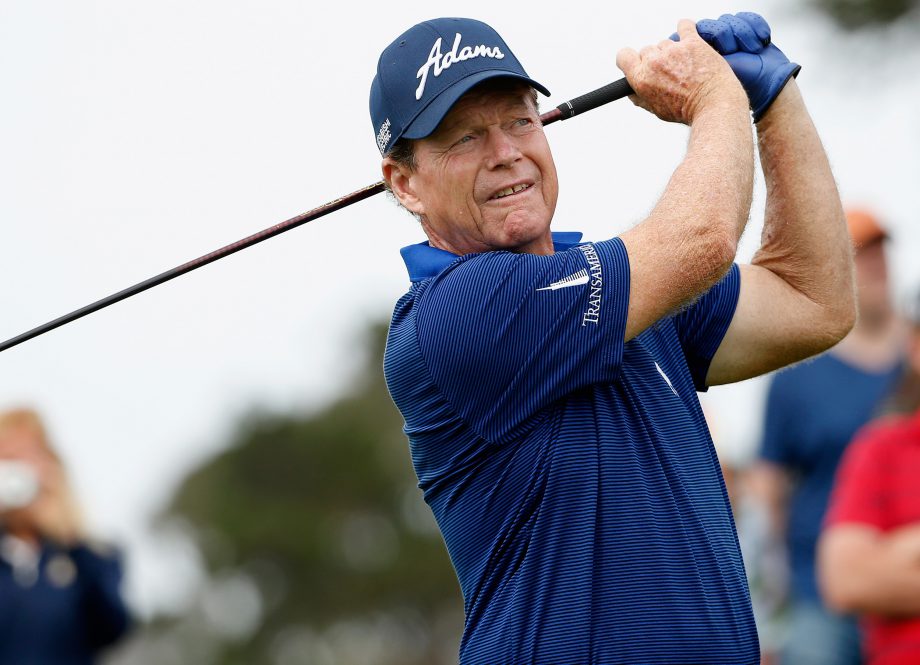 “Today, the wind laid down,” Watson said. “I took advantage of those conditions, hit some good shots. I was very happy about my overall performance today. It was pretty good for an old guy, 66.”

Watson won at Hualalai in 2010 and has 14 senior titles, the last in 2011 in the Senior PGA Championship. He won eight major titles and had 39 victories on the PGA Tour.

“I still enjoy preparing for a tournament and I don’t enjoy playing poorly,” Watson said. “Days like today make me feel like I’m doing something useful out here.”

Waldorf had a one-stroke lead over Davis Love III, Tom Lehman and Tom Pernice Jr. with a round left in the event for major champions from the last five years, tournament winners in the last two seasons and sponsor invitees.

“My iron play’s been a little off, but I’ve been able to save myself when I got in trouble,” Waldorf said. “When I do hit a good shot or play a par 5 I’ve been able to make birdie, so I’m really getting a lot out of my game right now. I’m going to have to play a lot better tomorrow to have a chance.”

“I did it on the Hogan Tour in Reno in 1991,” Lehman said about making three eagles in a round. “I’m not sure if I’ve done it since then but I remember specifically that I shot 62 that day, made three eagles. You don’t hear that very often, especially without holing one from the fairway on a par 4, so the par 5s were very good to me.”

Love played in the PGA Tour’s Hawaii events the last two weeks. The U.S. Ryder Cup captain tied for 29th at Kapalua in the Hyundai Tournament of Champions and made the 36-hole cut but failed to advance to the final round in the Sony Open in Honolulu. He won the PGA Tour’s Wyndham Championship in August at 51 years, 4 months, 10 days to become the third-oldest champion in tour history.

“I drove the ball better today than I did yesterday and just didn’t get quite as much out of it, but I’m happy with the way I’m hitting it,” Love said. “Just got to get the wedges, 8-irons, 9-irons a little bit closer to the hole. Had a lot of opportunities today and hopefully I can do that tomorrow.”