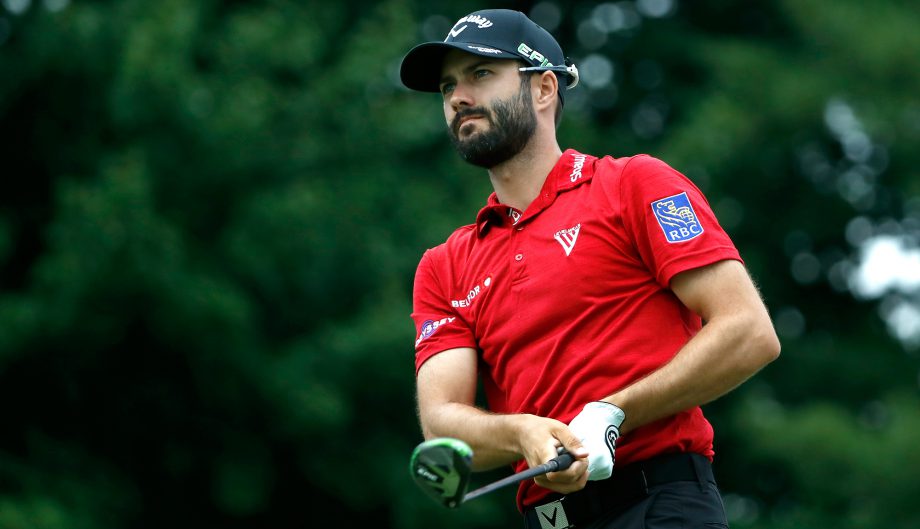 AKRON, Ohio – The sun finally came out, and Jimmy Walker saw a glimpse of what he hopes are brighter days ahead.

In a year marked by coping with Lyme disease and bouts of fatigue, Walker endured rain delays of nearly five hours Friday and posted a 5-under 65 for a two-shot lead going into the weekend at the Bridgestone Invitational.

The timing couldn’t be better for Walker, who goes to Quail Hollow next week to defend his title in the PGA Championship.

“It hadn’t been a lot of fun this year,” Walker said. “But it’s nice to see some putts go in and make some solid swings and keep rounds going, make par putts, just the stuff I haven’t been doing.”

Walker didn’t have a lot going last year until he finished well in the Canadian Open, and then went wire-to-wire at Baltusrol the next week to win the PGA Championship. So maybe there’s another spark he can find at Firestone Country Club.

“There’s still a lot of golf on a hard course, but I know it’s there,” he said.

He also has a slew of players not far behind him in this World Golf Championship. Rory McIlroy put together a steady round of 69 and was three shots back, along with Zach Johnson and Hideki Matsuyama, who each shot 67.

The large group at 3-under 137 included Jordan Spieth, going after his third straight victory. Spieth missed a short par putt on the 15th and was slipping behind when he faced an awkward lie from the edge of a bunker. Stumbling out of the sand backward, he nearly holed the shot and made birdie, and then he stuffed his approach to 3 feet for birdie on the 18th hole to salvage a 70.

Adam Hadwin of Abbotsford, B.C., is also four shots back after a 69. Mackenzie Hughes of Dundas, Ont., shot a second straight round of 74 and is 8 over.

Jason Day, winless in nearly 15 months, also got back into the picture despite some mild back pain. He opened with three straight birdies and shot 30 on the front nine to get back near the leaders, though two bogeys on the back nine slowed him and he shot 66. He was in the group at 137.

“The front side definitely felt like 2015, 2016,” Day said, alluding to his best stretch of golf when he rose to No. 1 in the world. “I was just pouring in everything. I know that it’s still in there. I’ve just got to keep practicing hard. I know it will eventually happen.”

Day felt he was slowed by the last – and longest – of the rain delays. He returned to three-putt the 10th for a bogey and never got back any momentum.

It was like that for everyone who slogged through a 10-hour day.

The second round was delayed 45 minutes at the start, and then another 45 minutes when a small band of storms rolled through. A delayed of some 3 1/2 hours followed, making it feel like two separate rounds and one long day.

Walker still isn’t out of the woods just yet. He first thought he had mononucleosis around the Masters, and it eventually was diagnosed as Lyme’s disease. He has tried to muddle through the year when his energy allowed, though there hasn’t been a lot of practice.

And even a 65, which matched his low score of the year, wasn’t smooth sailing.

“It’s day to day,” he said. “I felt pretty good all week physically, and I wake up this morning and I’ve just got his overall flu feeling in my body. So I take some Advil, it goes away. And then during the last break, it came back, so I took some more. Now it’s gone. You just never know when it’s going to spike up.”

But he felt good enough to make birdie on both par 3s on the back nine, and drop only one shot on the round.

The scoring has been good with the rain and softer greens, and a South course that was in pristine condition to start the tournament. A strong wind arrived after the storm cleared, which kept everyone’s attention.

Only two dozen players from the 76-man field remained under par.

Among those who fell back was Dustin Johnson, the world’s No. 1 player still trying to find his form from a back injury that knocked him out of the Masters. He hit only one green in regulation on the front nine – 60 feet from the hole – and shot 40. Johnson didn’t make a single birdie in his round of 75 that knocked him 10 shots out of the lead heading into the final major of the year.