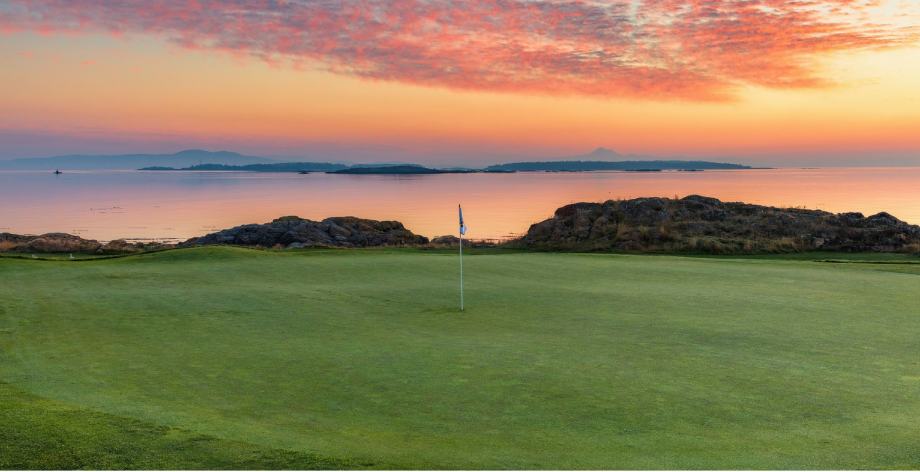 VICTORIA, B.C. – Amateur golfers over the age of 25 will gather for the 32nd playing of the Canadian Men’s Mid-Amateur Championship at Victoria Golf Club from Aug. 20-24.

The field of 156 amateur golfers will navigate the course, surrounded by West Coast beauty, craggy shorelines, lush fairways and challenging breezes. Founded in 1893, Victoria Golf Club is the second oldest golf course in North America on its original location.

“We are truly honoured to host this prestigious tournament at Victoria Golf Club,” said General Manager Scott Kolb. “We look forward to challenging this strong field with our historic golf course, in addition to showcasing the beautiful city of Victoria and all it has to offer.”

Graham Cooke of Hudson, Que., captured the Canadian Men’s Mid-Amateur title seven times between 1987 and 2002. He is among a group of five other players who have captured this championship on multiple occasions, including 2014, 2015 and 2016 winner Garrett Rank of Elmira, Ont.

Cooke and Rank join four other past Canadian Men’s Mid-Amateur champions competing in this event – Dave Bunker (2008-2010), Kevin Carrigan (2012-2013), Garth Collings (2003) and defending champion Todd Fanning. Bunker, Rank and Cooke are the only players to win the tournament three years in a row.

“We are thrilled to bring this talented field to Victoria Golf Club. The Mid-Amateur is a great opportunity for Canadian amateurs to find success and experience on a national stage,” said Tournament Director Akash Patel. “This beautiful course is in great condition and sure to draw out some exciting competition.”

In 2017, Fanning finished at 10 under par, finding himself in a three-man playoff at Wascana Country Club.  He would eventually emerge victorious on the fourth playoff with an eight-foot putt for par. Fanning will look to become the seventh player with back-to-back wins at the championship.

The first round will take place on Aug. 21 and the field will be reduced to the low 70 and ties for the final two rounds.

A supplemental qualifier will be held at Gorge Vale Golf Club on August 19th, where three spots into the tournament will be awarded. Additional information can be found here.

Team Ontario will attempt to defend its title in the inter-provincial team competition, hoping for their fourth consecutive victory.

In addition to the Canadian Men’s Mid-Amateur title, the 2018 champion will receive an exemption into the 2019 RBC Canadian Open at Hamilton Golf and Country Club from June 3-9, 2019.

NOTABLES
Garrett Rank of Elmira, Ont.
In 2016, Rank earned his third straight championship win at the Canadian Men’s Mid-Amateur and is the highest ranked Canadian golfer in the field at No. 88. He recently won both the Ontario Men’s Mid-Amateur and the Investor’s Group Ontario Men’s Amateur. The 30-year-old also earned co-medallist honours at the U.S. Open Qualifier at Ansley Golf Club and a third place finish at the Canadian Men’s Amateur Championship.

Dave Bunker of Brampton, Ont.
The 53-year-old won this event three years in a row between 2008-2010. He also won the Investors Group Men’s Mid-Amateur three times, most recently in 2014. Bunker has four top-five finishes in the six events he competed in this season, including a tie for second at Investors Group Ontario Men’s Mid-Am Championship.

Todd Fanning of Winnipeg, Man.
The 50-year-old comes in as the event’s defending champion after rallying in the final round and winning the 2017 tournament in a playoff. Fanning finished third in the Nott Autocorp Men’s Amateur Championship in July.

Graham Cooke of Hudson, Que.
With seven victories, Cooke holds the record for most titles at the Canadian Men’s Mid-Amateur Championship. The 71-year-old has three top-three finishes this year, including a win at the Championnat Senior Montreal at Kanawaki Golf Club.

ABOUT THE COURSE
Victoria Golf Club