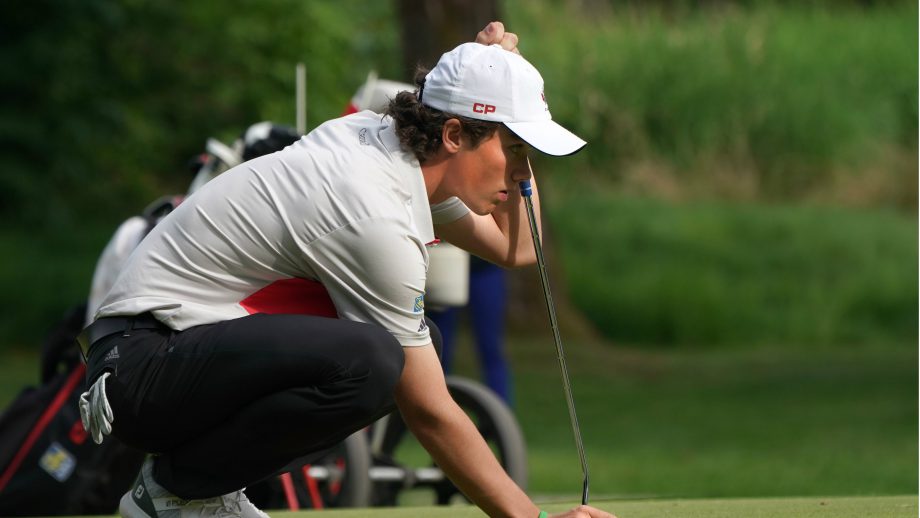 TOYOTA CITY, Japan – Christopher Vandette of Beaconsfield, Que., fired a 3-under-par 68 in the final round to finish third in the individual boys division at the TOYOTA Junior Golf World Cup. Canada finished sixth in the team competition.

Vandette’s score of 68 was his third round in the 60s this week. A bogey on the par-4 13th was the lone blemish on the 17-year-old’s scorecard. His score of 63 on Thursday was tied for the lowest round of the competition, helping him finish five shots back of winner Samuel Simpson of South Africa.

Laurent Desmarchais saved his best round for last, as his 4 under performance brought him to 3 under for the tournament. The Longueuil, Que., native was bogey-free on the back nine and finished in a tie for 20th.

Jeevan Sihota of Victoria, B.C. also shot under par, with his 1 under earning him a 34th place finish.

William Duquette of Laval, Que., withdrew from the competition before the final round and finished in 60th.

The quartet of Vandette, Desmarchais, Sihota and Duquette were competing individually, with each nation’s three lowest scores counting towards the team competition.

Canada ranked sixth of 15 teams in the team competition at 14 under, having gained eight shots in the final round. South Africa won the event at 41 under, 11 shots clear of Japan in second.

In the girls division, Japan won the team event with a score of 18 under, three strokes ahead of the United States. Cory Lopez of Mexico, Rose Zhang of the United States and Cassie Porter of Australia finished tied for first in the individual competition at 11 under.