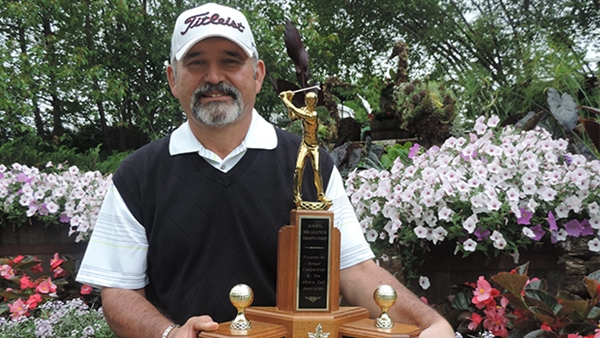 Van Dornick knew he had his work cut out for him, holding off some of the provinces best golfers aged 25 plus.

“The course played tight and demanding off the tee, you could double bogey in a heartbeat, ” Van Dornick said. “Harry played well, if there was anyone I was looking at, it was him. The intensity increases and you focus a little harder, playing with that lead group, you become more aware of what you need to do.”

Van Dornick put together a round that only had two bogeys and he was able to recreate his 2nd round performance by birdieing the 18th. Harry Aime of St. Albert, Alta., and Kevin Temple of Calgary both matched Van Dornick’s 2-under 70, but could not gain any ground because of Van Dornick’s consistency. They finished second and third respectively.