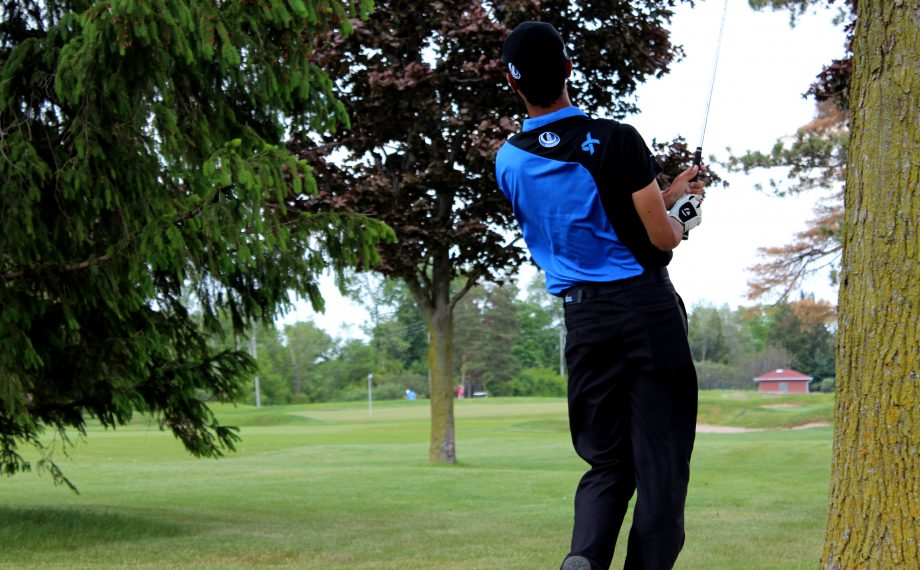 Guelph, Ont. (Golf Canada) – The University of Toronto women’s golf team took advantage of pristine early morning conditions Wednesday, combining for a team total of 238 to take the second round lead at the Canadian University/ College Championship being contested at Cutten Fields in Guelph, Ont.

The Varsity Blues (230-238–468) received strong play from all four members as they snagged a one stroke lead over Université de Montréal Carabins (234-235–469). University of Victoria’s squad had the best showing in day two with a team score of 232, good enough to sit in fourth place, only four shots back.

Leading the charge for the Varsity Blues women was Laura Upenieks, a PHD graduate who shot 78. Sitting at 15 over par, Upenieks is in a four-way tie for seventh place in the individual championship, sharing that spot with her three teammates. The strong consistent play of the four women allowed them to break their first round tie with the defending University of British Columbia (UBC) Thunderbirds, who slipped to fourth.

Individually, Caroline Ciot stumbled with a six over par round, but maintained her hold on first place. Advancing up the leaderboard was Brynn Tomie of the University of Victoria Vikes who shot a day low of 72 with four birdies. The Bedford, N.S., native’s strong second day gives her a two-round total of 150 – one shot back of the lead and a share of second with Robyn Campbell, a fifth-year Queen’s University student who matched her opening round 75.

An early evening weather-related delay set back the conclusions of the majority of the men’s groupings. Despite the challenge, UBC (282-296–578) was able to fend off the second-day advance of the Wilfrid Laurier University Golden Hawks (291-29–584) who finished their round earlier in the afternoon. The University of Victoria Vikes, the University of the Fraser Valley Cascades and the Varsity Blues are tied for third with a two-round total of 589.

Golden Hawks rookie and former NCAA Division I player, Eric Flockhart of Mississauga, Ont., carded four birdies en route to a 2-under-par 68 to gain sole possession of the lead at even par.  Defending champion Scott Secord had a tough start to the day, but regrouped on the back nine shooting even par and finishing the round with a 73, good for second place.  Two shots back of the lead after shooting a 72 is Victoria, B.C., native Michael Griffin, who plays for his hometown Vikes.

The third round begins tomorrow at 7:30 a.m. with complete results and tee times available here.