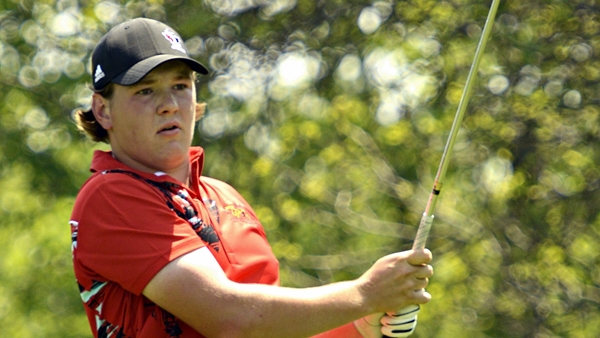 Team Canada member Chris Hemmerich has become a flag bearer in recent years among  Canadian golf talents choosing to hone their skills at post-secondary institutions north of the border.

Hemmerich, a second-year student at the University of Guelph, is currently the team captain of the Gryphons golf team.

The Kitchener native was recently profiled in the University’s ‘At Guelph’ publication – you can read the full article here.

Among the highlights from the piece written by Dierdre Healy, the 21-year old shared how he transited from hockey to golf as well as a glimpse of his immediate goals…

“I was a decent hockey player, but I knew I was definitely better at golf,” says the fourth-year bachelor of commerce student. “I started playing golf competitively as a teenager, but never really thought about a future in the sport until about a year or two ago.”

Now the Kitchener native’s future aspirations include becoming a successful professional golfer after graduation in the spring, earning a spot in the U.S. Open and representing Canada in the 2016 Olympics.

Hemmerich also shared insight into what he finds most tiring as he works to develop his game….

“Golf is very mentally draining,” he says. “You can hit so many good shots and not be rewarded. In hockey you may hit the post once a game, but in golf it can happen over and over again, because all it takes is a gust of wind. There are constant triggers that can impact your focus, but if you let them affect you, you will never do well. You have to be mentally tough and shake it off.”

While driven to be one of this country’s best golfers, appreciating the game’s balance of social and competitive nuances is something not lost on Hemmerich….

“It’s not like in other sports, which are pretty much stationary and stay the same. A basketball court is the same no matter where you are playing, but with golf elements of the game are always changing. Your shots will be different each time you play a course and the conditions will be different, too. It could be windy at one hole and raining by the time you reach the next.”

“The element of the unknown is what makes competitive golf stressful, but also exciting”, he adds.

For more on Chris Hemmerich and other members of Canada’s National Amateur Golf Team, click here.