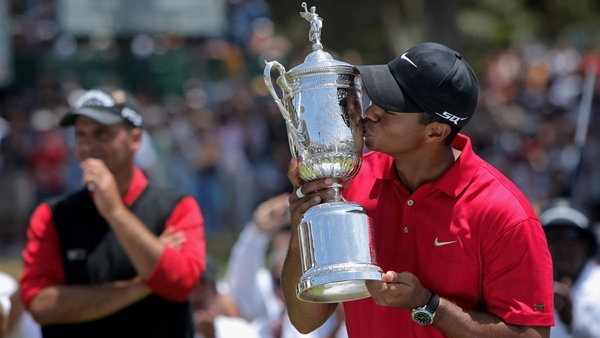 The selection of the club’s South Course marks the return of the national championship to Torrey Pines, site of the dramatic playoff victory by Tiger Woods over Rocco Mediate in the 2008 U.S. Open, one of the most memorable in the championship’s history.

“The USGA is proud to bring the U.S. Open back to Torrey Pines, the site of one of the most memorable and compelling national championships in history, thanks to Tiger and Rocco,” said Thomas J. O’Toole Jr., USGA president. “As in 2008, we are excited to partner with the City of San Diego to bring golf’s most democratic major championship back to such a great public venue. The San Diego area embraced the 2008 U.S. Open and we are seeing the same enthusiasm for the return of the U.S. Open in 2021. We have a great partner in the City of San Diego and this community loves golf.”

“Bringing the U.S. Open back to Torrey Pines is significant in many ways,” said Daniel B. Burton, USGA vice president and Championship Committee chairman. “In 2021, the players and spectators have an opportunity for a world-class experience as evidenced by the tremendous success of the 2008 championship.”

The selection of Torrey Pines for the 2021 U.S. Open marks the second time that the South Course will have hosted the national championship and its third USGA championship.

In the final round of the 2008 U.S. Open, Tiger Woods, playing with a leg injury, holed a 12-foot birdie putt on the 72nd hole to force an 18-hole playoff with Rocco Mediate. Woods again birdied the 18th hole the following day to tie Mediate, and he won in 19 holes for his third U.S. Open title and 14th major championship.

“I was excited to hear that the U.S. Open was returning to Torrey Pines,” said Woods, a three-time U.S. Open champion. “I think it’s great, when the USGA can, to play the U.S. Open at a public course. The last time it was there, it was an amazing event. There was a huge turnout, it was really well run and the fans were excited and very supportive. It was a great atmosphere.

“I’ve been fortunate to have played well there and have great memories of the course. I was pretty young when I first went there with my dad during the old Andy Williams tournament. It was one of the few pro events I got to see. I wanted to watch some of the So Cal guys like Mark O’Meara and John Cook play.

“I think it’s a great decision returning to Torrey. It’s a very special place to me.”

The first USGA championship on the South Course at Torrey Pines, the 1998 U.S. Amateur Public Links, featured a pair of future major champions in the 36-hole final. Trevor Immelman, of South Africa, defeated Jason Dufner, 3 and 2. Immelman went on to win the 2008 Masters, while Dufner captured the 2013 PGA Championship. That championship drew an APL-record 6,300 entries, a mark that still stands.

William P. Bell and his son, William F. Bell, designed the golf courses at Torrey Pines, which opened in 1957. Prior to being shaped for the golf courses, the land was part of Camp Callan, a naval training center. Bell’s son finished much of the initial design after his father’s death. Rees Jones completed a redesign of the course in 2002. The courses take their name from the Torrey Pine tree, which is native to the area and to Santa Rosa Island and is distinguished by its clusters of five pine needles.