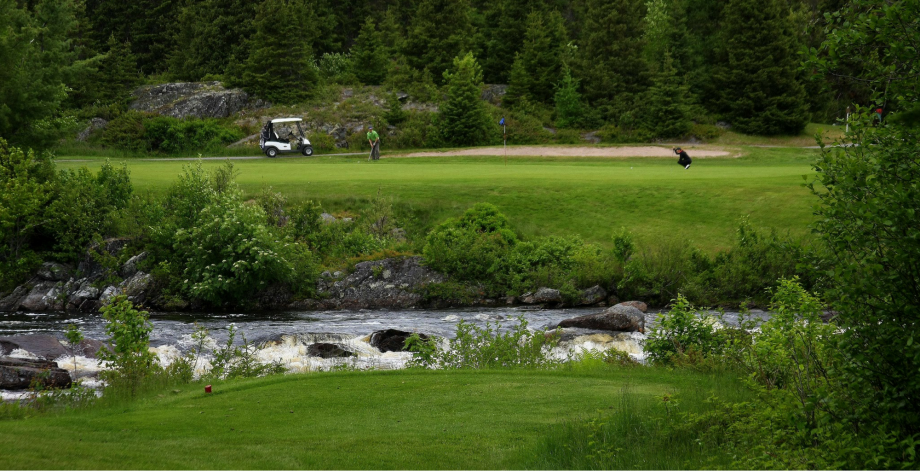 PORT BLANDFORD, N.L. — Haley Baker holds onto her lead in the Girls Division while Peter Blazevic and Owen Mullen co-lead the Boys Division at the Future Links, driven by Acura Atlantic Championship on Wednesday.

Baker held on to the top spot in the Girls Division after posting a second-round 4 over.  The Ashburn, N.S., native extended her lead to head into the final round with a comfortable four-stroke margin. Despite being unable to register a single birdie, Baker tied with her younger sister Abbey for the low score of the day.

Raesa Sheikh was in a great position after 9 holes but struggled on the back-nine with two double bogeys, eventually sinking a birdie on her last hole. The Caledon, Ont., product sits in second place at 10-over-par.

Rounding out the top-three in the Girls Division is Abbey Baker at 14 over. The 13-year-old was the only junior girl to score multiple birdies during the second round.

In the Boys Division, Owen Mullen moved from fourth to a tie for first after firing four birdies and posting an even-71, the low score of the day.

“It’s a little tight off the tee so you can’t be super aggressive out there and have to strategize well because it was so windy today. The stretch from 4 to 12 really got my round going and kept it together,” said the 14-year-old from Truro, N.S. “My plan tomorrow is just to play my own game and not worry about what the other guys are doing.”

He will enter the final round tied for the lead alongside Mississauga’s Blazevic, who started round two in a tie for second.

Yesterday’s leader, Ewan Jr. Kelly, sits one shot back from the leaders. The 17-year-old, who shot a 7 over, faced troubles throughout the round but found redemption with an eagle on hole 16.

Up-to-date results can be found here.