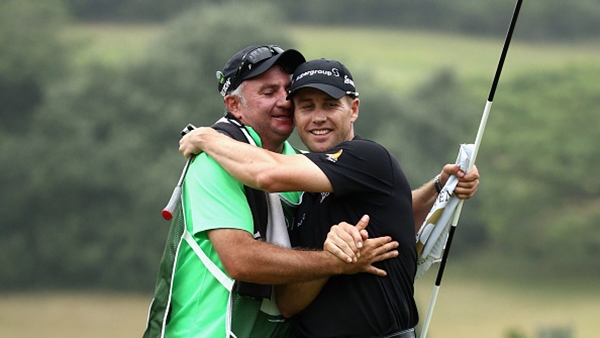 EAST LONDON, South Africa – Trevor Fisher Jr. finished with a 64 to pull away from his challengers and win the Africa Open by five shots on Sunday for his first European Tour title.

The South African had nine birdies and a single bogey in his final round to finish on 24-under 264 overall, well clear of England’s Matt Ford (67) in second on 19 under.

Fisher had a two-shot overnight lead over Ford, who stayed in contention in the final round until a two-shot swing at No. 9, where Fisher made birdie and Ford made bogey. Fisher made another birdie on the short No. 10 to cement that advantage and picked up shots on three of his last four holes, finishing in style by sinking a long birdie putt on the last.

“It’s always a bit nerve-wracking leading,” Fisher said. “I was nervous in the last holes but everything worked out well.”

The 35-year-old Fisher shot scores of 63 and 64 over the weekend for his maiden tour title.

The result also continued South Africa’s dominance at the Africa Open. Home players have now won eight straight editions of the tournament. The last six have been part of the European Tour.

Europe Ryder Cup captain Darren Clarke ended with a disappointing 4-over 76 in East London and in a tie for 67th place.