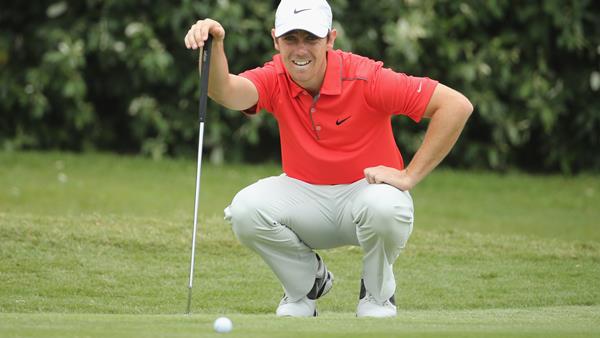 DURBAN, South Africa – England’s Tommy Fleetwood birdied the last hole in a third-round 69 to seize a one-shot lead in the Volvo Champions on Saturday with an overall 10-under 206.

Dutchman Joost Luiten (70) and Victor Dubuisson (69) of France were tied in second at 9-under in the elite 36-player event at the Durban Country Club.

Defending champion Louis Oosthuizen was left counting the cost of having to take an “unplayable” penalty shot that led to triple bogey at the 16th hole in a round of 71.

Oosthuizen dropped to fourth on 8 under. The former British Open winner, whose last victory was at this event a year ago, had birdied the 15th to move to 10-under before stumbling at the 16th.

“I had a look where the ball was lying in the bushes but there was no way I could get a club to it, so I decided to call it unplayable,” Oosthuizen said. “I know I came from five back last year to win but you don’t want to give yourself unnecessary work to do. I had a good opportunity today to go to 12 under at least.”

The 118th-ranked Fleetwood is a former Walker Cup player and joined the European Tour full-time in 2012. He qualified for Durban by winning the Johnnie Walker Championship in September at Gleneagles.

“It would be awesome if I could win again as all I want to do is win golf tournaments,” Fleetwood said.

Dubuisson heads into the final day also seeking a second Tour victory and trying to reinforce his chances of qualifying automatically for this year’s European Ryder Cup team.

Dubuisson arrived in South Africa third overall on the European team points table and needs only to finish in the top eight to take the lead.

Ronan Flood resumed his role as caddy for Padraig Harrington after collapsing on the course a day earlier from the effects of food poisoning.