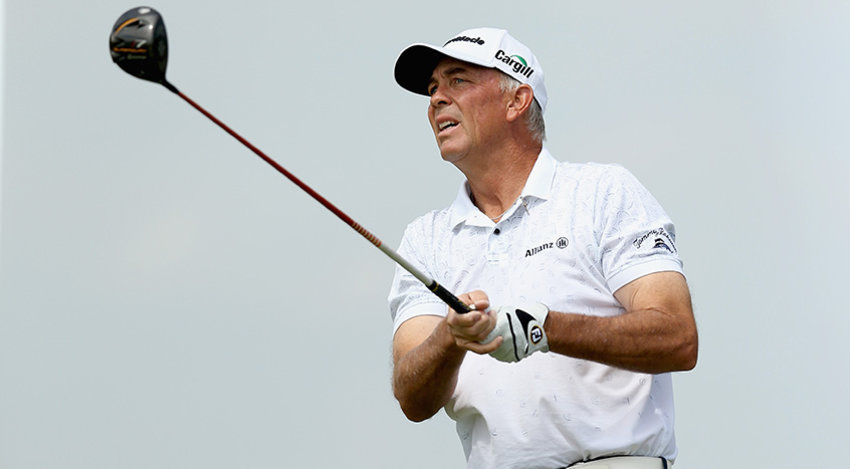 CARY, N.C. – Tom Lehman had an eagle and three birdies in the final four holes Sunday to win the Champions Tour’s SAS Championship.

“It’s just nice to get back in the winner’s circle,” Lehman said. “It’s nice to see the putts drop when you need them most.”

“I knew that there was a lot of guys really bunched up, and I knew that nobody was running away with it,” Lehman said. “I was 7 under from the 10th hole on … and nobody was really making any big move, so the game was still on. (Durant) played well, but he didn’t get way ahead where we couldn’t catch him. So, he kept everybody – the last group kept everybody in the game.”

Durant closed with a 68. Needing to hole out from the fairway on the 18th to force a playoff, he hit close to set up his final birdie. He missed a 4-foot birdie putt on 17.

“You’ve got make a four there,” Durant said. “I knew that (Lehman) had made a three, and from the crowd, I figured he made a birdie on 18, too. He just finished great. He did what you have to do to win a golf tournament out there, and I just finished a little short.”

Bernhard Langer and Kenny Perry tied for third at 10 under. Langer shot a 68. Perry, the second-round leader, had a 70. Colin Montgomerie tied for fifth at 8 under after a 66.

“So disappointing in many ways, the week to be honest, but that’s my best finish here,” Montgomerie said. “At least I got a top 10 here.”

Montgomerie took sole possession of first place in the Charles Schwab Cup race, 39 points ahead of Jeff Maggert after they began they week tied. Langer is third with three events left.