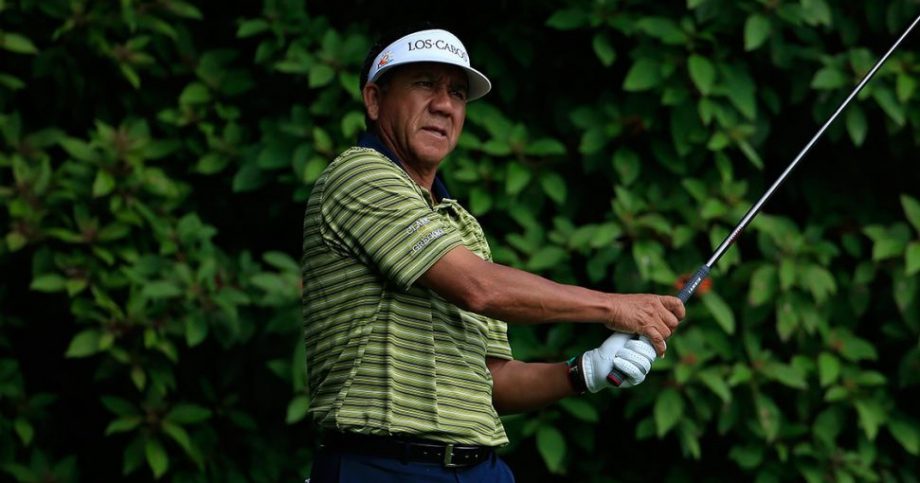 Toledo made a 4-foot par putt after Andrade’s 5-foot par try lipped out on the par-4 17th hole. Three of Toledo’s four PGA Tour Champions titles have come in playoffs. Toledo (67) and Andrade (68) finished at 11-under 205.

Andrade had a chance to win in regulation but missed a 5-foot birdie putt on the 18th hole. It looked like he was going to lose on the first playoff hole when his second shot landed in the palmetto bushes, but he saved par.

It was the fourth playoff in the last seven years at the Allianz Championship.

Tom Byrum shot the best round of the tournament, an 8-under 64, to jump from 32nd into a third-place tie with Jeff Sluman (70).

Tom Lehman could have made it a three-way playoff, but he failed to birdie the par-5 18th, which played the easiest on the course (4.47). A bogey dropped Lehman (72) into fifth place.

Second-round leader Corey Pavin extended his advantage to two shots on the front nine but made six bogeys and faded to 10th after a 75. Pavin has just one victory in 112 starts on the PGA Tour Champions, and that came at the 2012 Allianz Championship.

Canada’s Stephen Ames carded a final round 72 to tie for 15th. Compatriot Rod Spittle finished with a share of 19th after a 69 Saturday.