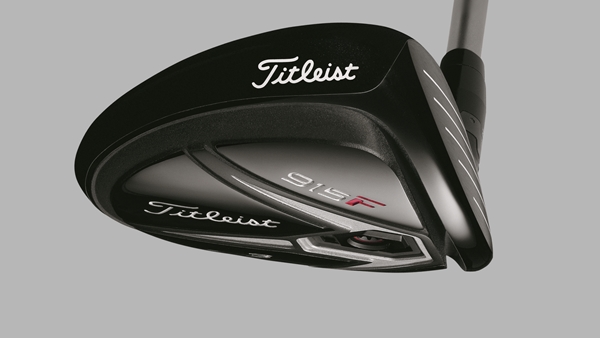 FAIRHAVEN, Mass. –  Titleist is hoping you’re looking for higher swing speed, longer distance and exceptional forgiveness from both the tee and turf, touting its new 915 fairway metals and hybrids as the fastest they have ever developed.

Those technologies, combined with the fitting precision of Titleist’s industry-leading SureFit Tour hosel and tour-validated looks, sound and feel, make it one of the most complete, consistent metals performance in the game.

“The new 915 fairways and hybrids really bring us to another level from a distance perspective,” said Dan Stone, Vice President of Research and Development, Titleist Golf Clubs. “The combination of the Active Recoil Channel and Ultra Thin Face is powerful in creating more speed with spin reduction for maximum distance. And with our high-MOI design strategy we’re able to provide golfers with the best combination of distance and forgiveness.”

Titleist R&D designed 915 fairways and hybrids to maximize their low-spin, high-speed potential, with the SureFit Tour weight placed in a low, central position behind the Active Recoil Channel on each model to help create ideal CG properties. Golfers can select their models – 915F or 915Fd, 915H or 915 Hd – based on head shape, forgiveness or ball flight. 915F and 915H feature larger profiles for all-around performance with maximum forgiveness; 915Fd and 915Hd offer smaller head shapes for workability and forgiveness, with slightly lower launch and spin and therefore lower flight than F and H.

The first week they were available on the PGA Tour, 15 new 915 fairway metals and nine new 915 hybrids were put in play at the World Golf Championships event at Firestone. The following week at the PGA Championship, there were 29 new 915 fairways and 13 new 915 hybrids in players’ bags, including Jordan Spieth, Bill Haas, Victor Dubuisson, Jason Dufner and Webb Simpson.

“The new 915 fairways and hybrids, just like our new 915 drivers, really exemplify our R&D team’s design strategy of ‘distance with forgiveness’, ” said Steve Pelisek, General Manager, Titleist Golf Clubs. “And from our player testing on tour and with amateurs, we know that these products are longer, more consistent and more playable than ever.”