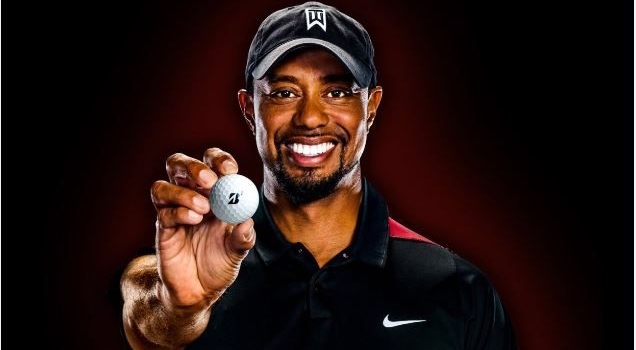 One tournament into his return was all Tiger Woods needed to strike a deal with Bridgestone to play its golf ball.

Bridgestone Golf said Thursday it has signed Woods to a multi-year agreement in which he will play and promote the golf ball. Woods effectively became a free agent for equipment deals when Nike decided to stop making clubs and golf balls and instead focus on apparel.

Bridgestone becomes the first new equipment company that Woods has endorsed since he turned pro 20 years ago. He signed with Titleist (equipment) and Nike (footwear and clothing) in 1996, and his switch to all Nike equipment began with its golf ball in May 2000.

Terms of the contract were not disclosed. Woods had not played in 15 months while recovering from back surgeries, though he still draws more attention and spikes media ratings more than any other player.

Woods had been testing equipment the last few months after Nike said it was getting out of the hard goods golf business. He used the Bridgestone ball at the Hero World Challenge in the Bahamas, and said the golf ball was the critical component of any equipment change.

Woods tied for 15th against an 18-man field in the Bahamas, though he was hitting a greater variety of shots than when he had last played on the PGA Tour.

The 14-time major champion tends to play a golf ball that spins more than most, and Woods said the Bridgestone B333-S was “hands-down the best for my game.”

“The ball is reacting identical with how I want to play,” he said in a release announcing the deal. “For me, that’s fun.”

As part of the deal, Woods will be considered a Bridgestone ambassador and be featured in all advertising.

Woods also was using a TaylorMade driver and fairway metal in the Bahamas, and he said he put his old Scotty Cameron putter back in the bag right after Nike announced it was out of the club business. He was still using the Nike irons and said in the Bahamas he planned more testing after the tournament.

He has not announced his schedule for next year except for the Feb. 16-19 Genesis Open at Riviera, where he hasn’t been since 2006. His foundation now runs the tournament.

By choosing a new golf ball, Woods went a different direction from two of Nike’s highest-ranked players. Rory McIlroy and Brooks Koepka said they have asked Nike to set aside as many golf balls as possible.

“I have about two to three years’ worth,” Koepka said in the Bahamas.

McIlroy, who plans extensive equipment testing in Dubai at the end of the month, said changing golf balls would be the most difficult adjustment.

“I need something that works, and right now the Nike golf ball works … with everything in my bag, which is perfect,” McIlroy said in late October.

Woods took the first step with the Bridgestone golf ball. He joins a group of players that include Matt Kuchar, Brandt Snedeker and Fred Couples