Tiger Woods to begin his 2015 season in Phoenix 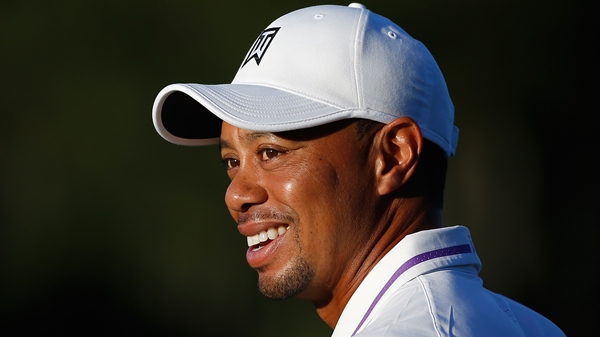 JUPITER, Fla. – The rowdiest event on the PGA Tour landed golf’s biggest attraction Friday when Tiger Woods said he would play the Phoenix Open for the first time in 14 years.

The tournament starts Jan. 29 and ends on the Sunday of the Super Bowl, which also is in Phoenix.

Woods also announced on his website he will play the Farmers Insurance Open at Torrey Pines a week later. That was no surprise, for Woods has won there eight times as a pro, including his last major in the 2008 U.S. Open.

He has not played the Phoenix Open since 2001. And while Woods has made only three appearances at the TPC Scottsdale, he always generates news. Woods made an ace on the par-3 16th hole in 1997 and was showered with beer cups over the sheer emotion of the moment.

He was criticized in 1999 when he was permitted to let fans move a massive boulder in front of his ball after it had been declared a loose impediment. Also that year, a spectator who had been heckling Woods was found to have had a gun in his fanny pack.

In his most recent appearance in 2001, someone lobbed an orange onto the green while he was putting.

“It will be great to return to Phoenix,” Woods said on his website. “The crowds are amazing and always enthusiastic, and the 16th hole is pretty unique in golf.

This is the time Woods usually starts his PGA Tour season. Torrey Pines and Phoenix have switched spots on the calendar because the Phoenix Open prefers to end on Super Bowl Sunday. It is the biggest day at the tournament, with crowds estimated at over 500,000, is on Saturday.

Woods played only nine times worldwide last year because of surgery to his back and lingering issues. In his return after four months off, he tied for last in the Hero World Challenge in Orlando, Florida.

Woods is working with a new coach. He has slipped to a No. 34 ranking and he is still not guaranteed a spot in the first World Golf Championship of the year at Doral for the top 50 in the world.