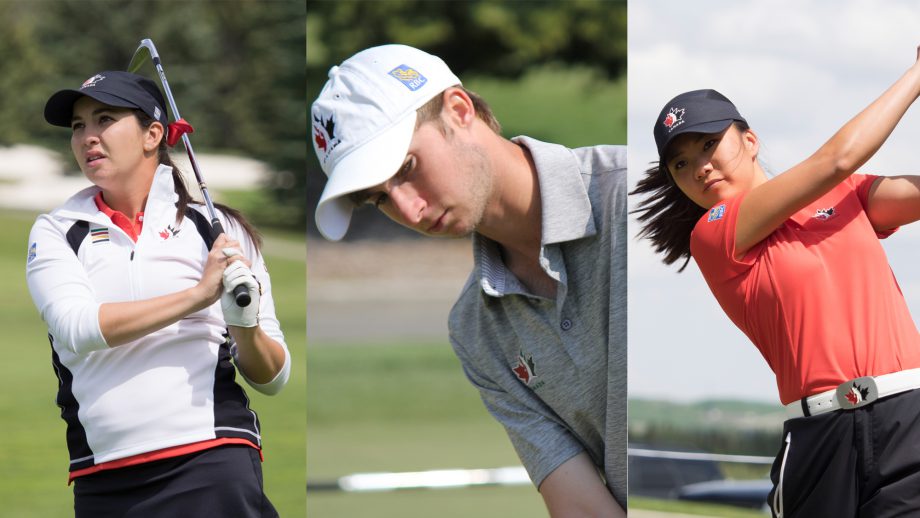 With the amateur season coming to a close, three of Team Canada’s National Amateur Squad athletes have decided to turn professional.

Austin Connelly, a dual-citizen, will forego joining the University of Arkansas team next season in favour of turning professional this week leading up to the Mackenzie Tour’s Great Waterway Classic in Kingston, Ont.

“I’m really excited, and I’ve been looking forward to it for a while,” said Connelly in an interview with Mackenzie Tour leading up to this week’s event. “With the way these cases are about some younger players turning pro, I feel like they’re a very individual thing. My family and I kind of sat down and said, ‘Okay, where are we trying to get to, and what’s the best way to get there?’ We decided that I want to play golf full-time, that’s what I wanted to do and where my interest was. The fastest and best way for me to do that was to turn professional.”

The 18-year-old Connelly held the No. 18 spot on the World Amateur Golf Rankings (WAGR) before announcing his decision. He is coming off a strong amateur season that featured competing for Canada at the Pan-American Games as well as finishing as low amateur to earn the Gary Cowan award at the 2015 RBC Canadian Open.

Connelly will play in the next three Mackenzie Tour events in addition to having a PGA TOUR exemption to the McGladrey Classic in October from winning the Jones Cup earlier in the year. Next step for Connelly will be looking to earn status on the Web.Com Tour via Qualifying School later this year.

On the girls side, two experienced amateurs have made the decision to turn professional.

Brittany Marchand, in her fifth season with Team Canada, teed-it-up as a professional last week at the CP Women’s Open in Vancouver. The 23-year-old Orangeville, Ont., native had concluded her fifth year of study (Chemical Engineering) at N.C. State before making her transition to the professional ranks.

Despite missing the cut at the Vancouver Golf Club, Team Canada Women’s Head Coach, Tristan Mullally, pulled a lot of positives out of Marchand’s first event as a pro.

“She’s one-hundred percent invested into becoming the best professional golfer she can be,” said the PGA of Canada Class ‘A’ member. “She’s earned her degree—which was something she really wanted—and now can focus on working on her golf game without the difficulty of balancing a school schedule at the same time.”

He echoed some of the same thoughts for recent Kent State grad Jennifer Ha of Calgary, who came up just short in Monday qualifying for the CP Women’s Open with a T10 finish, three strokes outside of the top-4 qualifiers.

“Jen has struggled a bit in the spring but is really starting to come on strong in the summer and has a bright future ahead of her,” said Mullally of the First-Team All-MAC athlete. “She strikes the ball as well as anyone I have seen come through this program.”

Elizabeth Tong of Thornhill, Ont., is also working towards a transition to the professional ranks after graduating from Indiana University where she tallied 36 top-50 finishes.

All three women attended LPGA Qualifying School earlier in July, with Marchand emerging as the only one to advance to stage II from Oct. 22–25.

“Brittany learned a lot from stage I—knowing how to handle the pressure when every stroke is so important,” said Mullally. “Going forward she’s going to continue doing all the right things and just maintaining her focus with the added pressure.”

In the meantime, the trio will compete in Monday qualifiers and play in mini-tour events.

With the transition, both the men’s and women’s National Amateur Squads are left with one athlete (Blair Hamilton; Maddie Szeryk). The National Team selection process will be underway shortly and decided by the end of September.