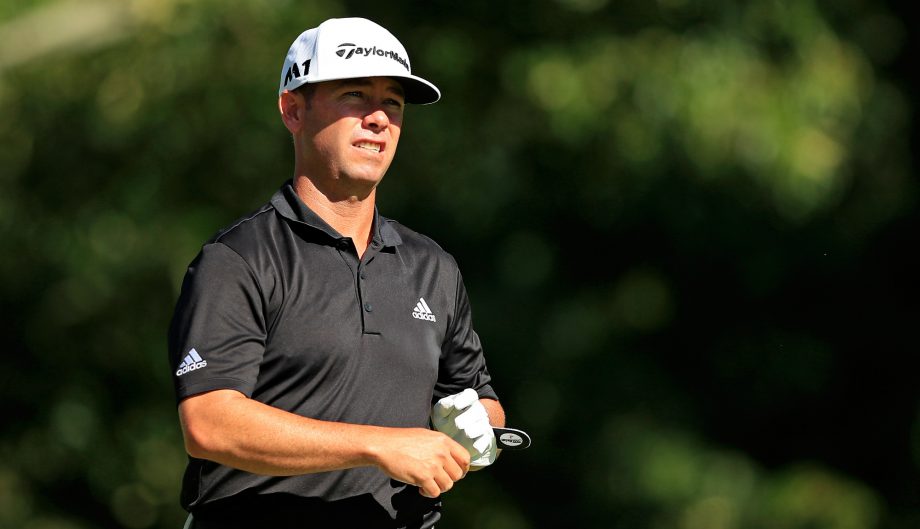 Chez Reavie shot a 5-under 65 on Friday to move to 9-under 131 and share the lead with Charl Schwartzel and Sebastian Munoz after two rounds at the St. Jude Classic.

Schwartzel had a 66 while Munoz finished the round with a 67. Stewart Cink – who shared the first-round lead along with Matt Every, Scott Brown and Munoz – was one stroke back after his 68 at the PGA Tour’s final event before the U.S. Open.

Ben Crane, who won this tournament in 2014, was two strokes off the lead after shooting a 65 at the par-70 TPC Southwind course.

Reavie, who started two strokes behind the co-leaders, had three birdies on the front nine and an eagle on the par-5 No. 16, landing his second shot fewer than 15 feet from the flagstick and sinking the putt. The 35-year-old from Arizona State earned his only win on tour at the RBC Canadian Open in 2008.

“There’s no way that I can change my mindset and go out there and try and make pars – I won’t win the golf tournament if I do that,” Reavie said. “I need to just keep doing the same thing I’m doing – attack the holes that suit my eye and make as many birdies as I can.”

Schwartzel, who shot a 65 in the first round, began his round one stroke behind the four first-day leaders along with Matt Jones.

He started on the back nine and birdied four of his first eight holes, going back-to-back on Nos. 16 and 17. On the par-5 16th, he sent his second shot into a greenside bunker but recovered by chipping out of the sand to inside of 5 feet of the flagstick.

The 32-year-old South African then moved into sole possession of the lead with a birdie on the par-4 second – only to give it back with a bogey on the par-3 eighth.

Schwartzel, who finished third at The Masters, is seeking his third career victory on tour – he’s won 12 times internationally – and first since he won the 2016 Valspar Championship near Tampa, Florida.

Munoz, who made a late charge up the leaderboard in the first round, kept himself there with his second strong round, shooting four birdies to offset his first bogey of the tournament, which came on the par-4 18th. He arrived in Memphis having never shot better than 67 in any round on tour, only to match or better that in each of his first two rounds here.

Among those who missed the cut at 1 over: Jason Bohn, Boo Weekley and Jim Furyk were in the cluster of players at 2 over, and Rickie Fowler was at 4 over.

Brantford, Ont., native David Hearn is T28 at 3-under par.