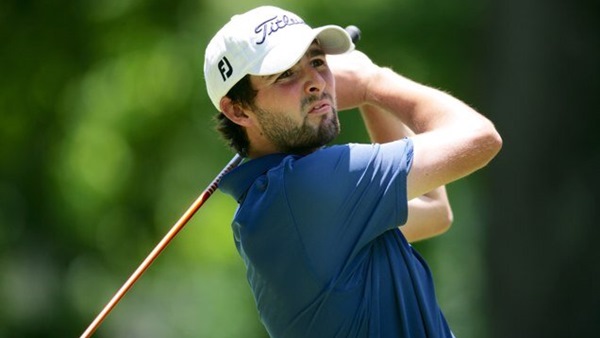 VANCOUVER – California’s Ben Geyer opened with a 7-under 65 at Point Grey Golf and Country Club on Thursday to take the first round lead at the Freedom 55 Financial Open, the first event of the 2016 Mackenzie Tour – PGA TOUR Canada season.

The 24-year old made seven birdies and was bogey-free on the day to lead by one over Florida’s Tyler McCumber and New Hamburg, Ont.’s Cam Burke.

“I drove it really well today and kept it in play. I didn’t have many stressful holes, and I was really happy with how I scored,” said Geyer, who earned exempt status on the Mackenzie Tour by the narrowest of margins last year.

After struggling on the Web.com Tour for the first half of 2015, the St. Mary’s College graduate earned the final spot in the field at last year’s season-ending Freedom 55 Financial Championship by placing 60th on the Order of Merit through the Cape Breton Open by a mere $373, thereby retaining status for this year.

“I struggled unfortunately on the Web.com Tour last year, and it was nice to be able to come up to Canada and get things figured out a bit. I have a good feel for this Tour now and I’m looking forward to competing up here this season,” said Geyer.

Burke, a two-time Canadian Amateur champion and former Team Canada member, was also bogey-free in his debut as a Mackenzie Tour member to share second place with McCumber after day one.

“I putted really well. I didn’t drive it that well, but I kept it in between the trees for the most part. I had an approach shot to all 18 holes, and I putted outstanding and my short game was really good today,” said Burke.