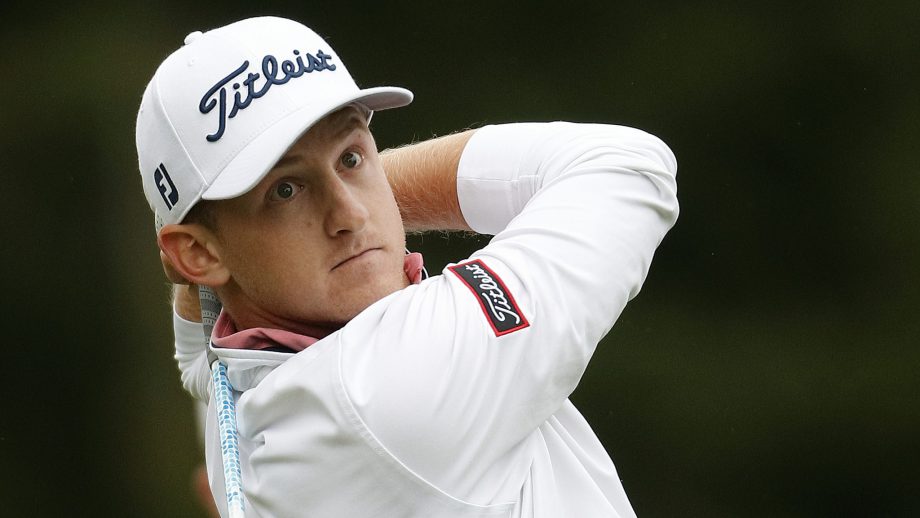 VICTORIA, B.C.— With low scores hard to come by Saturday afternoon at Uplands Golf Club, Lufkin, Texas, native Sam Fidone fought through a windy day to shoot 66 to take a two-stroke lead over Blake Sattler into the final round of the Bayview Place DCBankOpen presented by Times Colonist.

Three Canadian players head into Sunday’s round in the top ten. Team Canada’s Jared Du Toit is the top Canadian three strokes off the lead, alone in third. He is joined by Calgary’s Wes Heffernan (-9) and Stonewall’s Aaron Cockerill (-8) who sit T5 and T9, respectively.

Beginning the day in the second-to-last group, Fidone quickly narrowed the gap to one shot between him and overnight leader Zach Wright, with back-to-back birdies out of the gate.

“I watched Wes (Heffernan) make a 35- or 40-footer on one, so I decided to do the same thing,” said Fidone. “Holes 1 and 2, making birdies, that start affirmed to me that I was doing the right things.”

From there, Fidone cruised through the rest of the nine despite tough conditions, taking advantage of the par-5 seventh, with his third birdie of the round.

“I looked at the Weather Channel this morning and saw 17- or 18 mile-per-hour winds. On Monday, I said ‘I hope it blows out here at least one day,’ and I got my wish,” said Fidone.“Being from Texas, a windy part of the world, it’s fun to play in wind, and I don’t actually mind it that much.”
The defining moment of the round came on the par-5 12th hole. Despite hitting his tee shot a bit fat by his own admission, Fidone hit his second to the edge of the fringe, 15 feet from the hole. Utilizing a shot he learned from a friend at Southern Methodist University, Fidone elected to belly-wedge the ball, taking a potential unpredictable jump from the collar out of the equation.

Fidone watched his shot roll into the hole, giving him a three-stroke lead.

“I’ve never made an eagle like that, I’ve never bellied an eagle, so watching it go in was awesome.”

After making his only bogey of the day on the 13th, Fidone made five consecutive pars to finish off his 66.

“I’ll stick to the same morning routine I always do tomorrow,” said Fidone. “it’s impossible not to think about what ifs, but you have to finish that thought and get on to the next task at hand.”

The Bayview Place DCBank Open is the second of three events on the B.C. Golf Swing, which entails tournaments in picturesque Vancouver, Victoria and next week’s Tour stop in Kelowna.