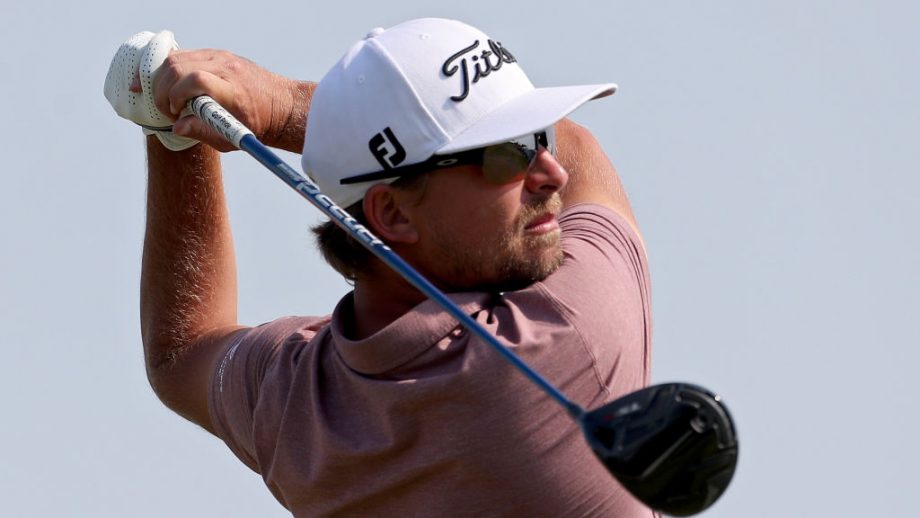 Jackson, Miss. – California rookie Sahith Theegala carved his tee shots into play and made it look easy from there Thursday for an 8-under 64 and a one-shot lead over Nick Watney and Harold Varner III in the Sanderson Farms Championship.

Roger Sloan of Merritt, B.C., opened with a 66 to sit two strokes back of Theegala.

Adam Hadwin of Abbotsford, B.C., and Corey Conners of Listowel, Ont., each shot a 67 to trail by three.

Theegala missed three fairways but was out of position just once at the Country Club of Jackson. He had a birdie putt on every hole but one and finished his round with a 15-foot birdie on the par-4 ninth.

It also was a big start for Watney, coming off one of his worst seasons. Watney holed a couple of long putts, including a 45-footer for eagle on the par-5 second hole, for his lowest start to a PGA Tour event in 15 months.

Varner, whose wife is due next week, had another strong putting round in making nine birdies.

“The place is pretty pure right now, if you hit a lot of good golf shots you’re going to get a lot of looks and you just got to be patient,” Varner said. “And the way I’m putting it right now I just need to get it on the green.”

Defending champion Sergio Garcia, the only player from the Ryder Cup last week in the field, had two birdies in a bogey-free round of 70 that left him six shots behind. He is drained from last week, when he set the Ryder Cup record for most matches won in a European loss. His only frustration was having too many chances from the 20-foot range.

Very happy about not making bogeys. Obviously, that’s always a very positive thing, first round of the season bogey-free, very proud of that,” Garcia said. “But at the same time I feel like I drove the ball quite well and didn’t take advantage of it.”

Theegala is on the growing list of young Americans with a strong pedigree. He swept the three awards as NCAA college player of the year his senior year at Pepperdine, which was cut short by the pandemic. He made it to the PGA Tour on his first try through the Korn Ferry Tour finals.

In his second start as a rookie, he found the tree-lined course to his liking and said his round was best described as “really stress free.”

That started from the tee.

“Just drove it really well. I was really working it well,” Theegala said. “I got my slider back. I was hitting a pretty good cut _ probably 25- to 30-yard cut _ out there and this course kind of allows it because the trees around the tee box aren’t that close.

“I really felt comfortable all day,” he said. “Being in the fairway helps so much.”

His putter was working just fine, too. Only three of his eight birdies were inside the 15-foot range, and those were on the par 5s. He also made a 15-foot par save from the bunker on the par-3 fourth hole, the only time he was threatened with a bogey.

Watney once reached the Tour Championship five straight years and played in the Presidents Cup until he was slowed by a herniated disk in his lower back. He missed the cut in all but six of the 25 events he played last year and worked hard in the month off between seasons.

Most of that was his putting, and that started with his head.

“I think I missed a lot of putts before I even stroked the ball,” Watney said. “A lot of doubt on my read or stroke or posture, just a lot of unnecessary thoughts. So I tried to develop a process of trusting myself more. And so far, so good.”

Two shots behind were Sloan, Si Woo Kim and Kurt Kitayama, a 28-year-old California in his first year on the PGA Tour.

Kitayama went to UNLV and after two tough years on the PGA Tour’s developmental circuit, he took his game overseas. He started on the Asian Tour, earned his European Tour card through qualifying school and has won twice on the European Tour.

He earned a PGA Tour card for the first time by finishing 23rd in the Korn Ferry Tour finals.

Since then, Kitayama went back to England to play the BMW PGA Championship at Wentworth, his caddie tested positive for the coronavirus and he had to find a new caddie for the start of his PGA Tour season two weeks ago in Napa, California.

There was no golf last week because of the Ryder Cup.

“Having a week off was kind of nice to settle down,” he said.

Taylor Pendrith of Richmond Hill, Ont., posted a one-under 71 to start the tournament. MacKenzie Hughes of Dundas, Ont., was even-par on the first day.

Michael Gligic of Burlington, Ont., turned in a 1-over 73. Nick Taylor of Abbotsford and Adam Svensson of Surrey, B.C., each shot 74.