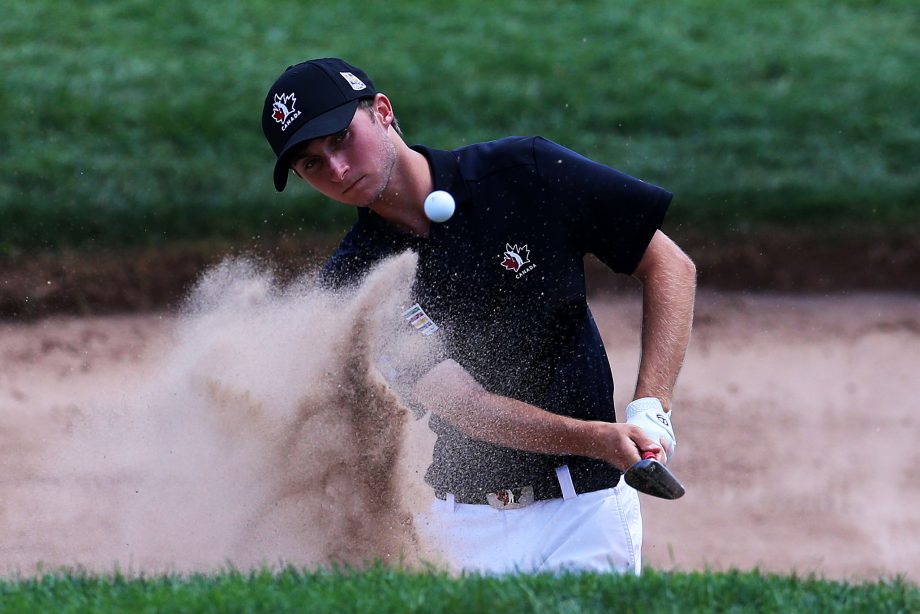 OLYMPIA FIELDS, Ill. – Three Canadians got the official word Wednesday morning that they have advanced to match-play at the U.S. Amateur.

Connelly, a dual-citizen, is slated to take on Maverick McNealy of Portola Valley, Calif. on Wednesday afternoon while James matches up against Miller Caps of Denver, N.C.

Journeyman Garrett Rank of Elmira Ont., came in at 2-over par (68-74) to earn the 52nd seed, he’ll square-off against 13th-seeded Sepp Straka of Valdosta, Ga.

Nicholas Ross of Dundas, Ont., and Stuart Macdonald of Vancouver were unable to secure a spot in Wednesday morning’s 18-man playoff for one of 10 remaining spots inside the top-64.

Australian Brett Coletta captured medalist honours and the No. 1 seed after going 7-under (67-66) for the one-stroke advantage over David Oraee of Greeley, Colo.

The championship will run six rounds of match-play, concluding with a 36-hole final on Sunday.

Olympia Fields Country Club, a two-time U.S. Open venue, will host its first U.S. Amateur with stroke-play being conducted on the 7,037-yard South Course and match-play on the 7,234-yard North Course.

In 2014, Canadian Corey Conners of Listowel, Ont., fell in the final 36-hole match to South Korea’s Gunn Yang, 2 and 1. Both finalists are usually invited to compete in the Masters tournament the following April, alongside exemptions into next year’s U.S. and British Opens.