Thomas stretches lead to 7 at the Sony Open 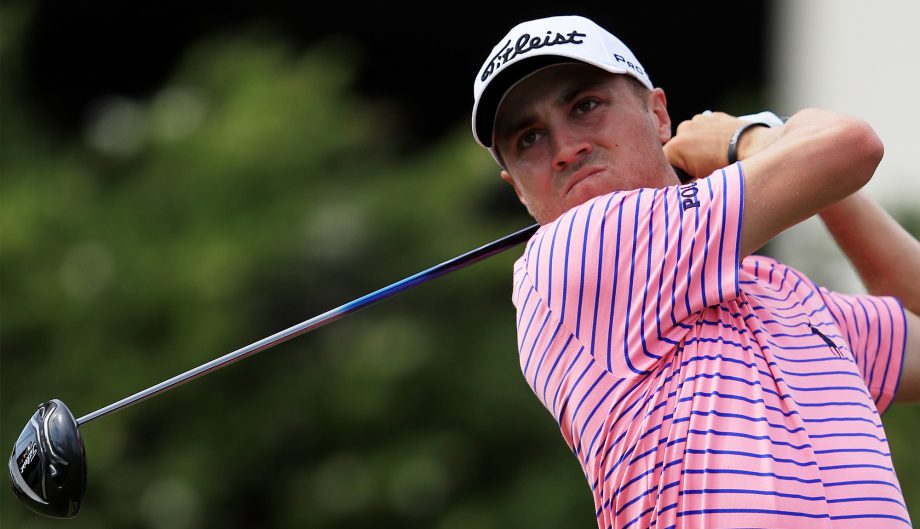 HONOLULU – Justin Thomas has turned the first full-field event of the year into a blowout.

With three birdies over the last five holes Saturday in the Sony Open – the last for another entry into the PGA Tour record book – Thomas played bogey-free and shot a 5-under 65 to stretch his lead to seven shots going into the final round at vulnerable Waialae Country Club.

No one has ever lost on the PGA Tour when leading by seven shots after 54 holes, which was brought to his attention.

“I’m more excited about the seven-shot lead than what you just said,” Thomas replied.

Staked to a five-shot lead, Thomas wanted to avoid giving anything back on another peaceful afternoon, and he only had one close call. He wound up with a seven-shot lead, the largest at the Sony Open since Jack Nicklaus led by six in 1974.

That’s not the record Thomas was thinking about when he reached the par-5 18th.

Each of the previous two rounds, he made eagle on his closing hole to get into the record book – a 59 on Thursday, and the PGA Tour’s 36-hole scoring record Friday. No such luck Saturday after he clipped a palm frond with his second shot into the par-5 18th and came up well short in the fairway. Thomas pitched to just inside 15 feet below the cup and poured it in , just like he’s been doing all week.

That put him at 22-under 188, tying the 54-hole record that Steve Stricker set in 2010 at the John Deere Classic with caddie Jimmy Johnson on his bag. Johnson now caddies for Thomas, though this performance surely stands out because no one is close to him.

“I’ve got to play the golf course,” Johnson said. “That’s my only competitor tomorrow.”

Thomas repeated at the CIMB Classic in Malaysia last fall, and it picked up some serious steam last week at Kapalua when he overcame a late blunder with birdies on his last two holes for a three-shot victory in the SBS Tournament of Champions.

He doesn’t feel much different this week. He’s not sure he’s playing all that much differently, hard to measure given the extreme contrast in courses.

It was his 11th consecutive round in the 60s.

Thomas would need a 65 to break that mark.

Right now, his only thought is more of what he called the “smart aggressive” play that enabled him to play bogey-free and extend his lead. He is thinking birdie while trying to avoid a miss that could lead to bogey.

And all he wants is another lei around his neck and another trophy from paradise. Ernie Els in 2003 is the only other player to sweep Hawaii.

The course remained so vulnerable that Kevin Kisner nearly produced the second 59 of the week. Kisner made a 25-foot birdie putt on the eighth hole to reach 9 under for his round. Needing an eagle to shoot 59, he drilled his tee shot on the fast fairways of Waialae, hit 8-iron to 9 feet and thought he had made it. The putt stayed to the right and burned the edge of the cup, and Kisner had to settle for a 60.

“Can’t be that upset,” Kisner said.

He went from making the cut on the number to a tie for sixth, though hardly in contention. When someone started to suggest that his 60 got him back into the mix, Kisner laughed and said, “Justin might need to get food poisoning.”

Only three players have lost a six-shot lead going into the final round, the most famous being Greg Norman at the Masters in 1996.

Thomas had only a few stressful moments, such as the par-3 seventh when his tee shot bounded down a steep still on the right into a fluffy lie. He hit a flop shot to about 12 feet and hit the putt so pure he started walking even before it dropped.

Thomas led by at least four shots the entire round. He made his first birdie with a two-putt on the par-5 ninth, drove into a greenside bunker on the par-4 10th and got another birdie and he was on his way.