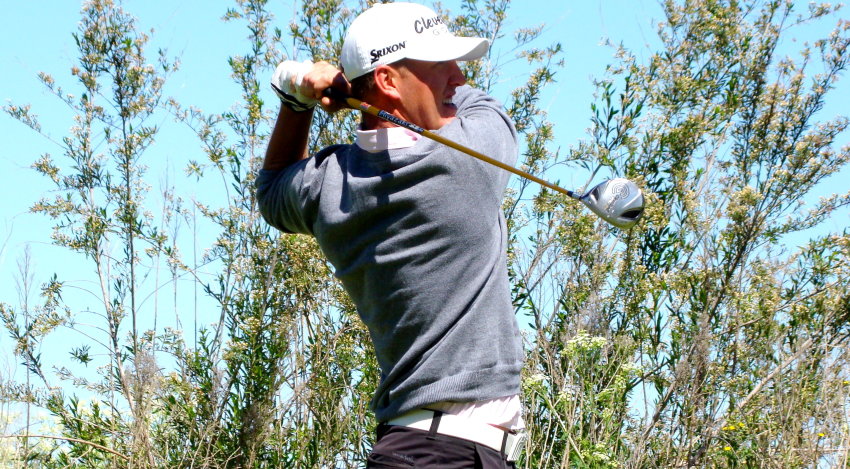 Vancouver – Langley, British Columbia’s Thomas Hay fired a 6-under 66 on Thursday at Point Grey Golf and Country Club to take the first round lead at the PC Financial Open, the opening event of the Mackenzie Tour – PGA TOUR Canada’s 2015 season.

The 25-year-old Vancouver-area native, who earned conditional status at the British Columbia Qualifying Tournament two weeks ago, cruised to a bogey-free round to lead by one over Bryn Parry, Nyasha Mauchaza and Jay Myers after 18 holes.

“It was pretty stress-free. I didn’t have too many long par putts out there,” said Hay, a Drury University graduate. “I think the longest par putt I had was about three feet, and out here some three-footers can be pretty tough, so all around it was pretty solid.”

Hay’s solid start marked the continuation of success for British Columbians at the season-opening event, which saw local favourites Eugene Wong and Brad Clapp finish in a tie for second in 2014.

Parry, a former Web.com Tour member who works primarily as an instructor in the Vancouver area, is playing on a sponsor’s exemption this week and made the most of it on Thursday, carding six birdies and a bogey for a 67.

“I’ve worked really hard at it to get as prepared as I could,” said the 43-year old, noting the differences between his time as a full-time Tour player and his current role, teaching at the Bryn Parry Academy at Seymour Creek. “I’ve got to get home and take my kids to golf practice. I didn’t used to think about that. This used to be all-encompassing and now it’s just one of the things you do during the day.”