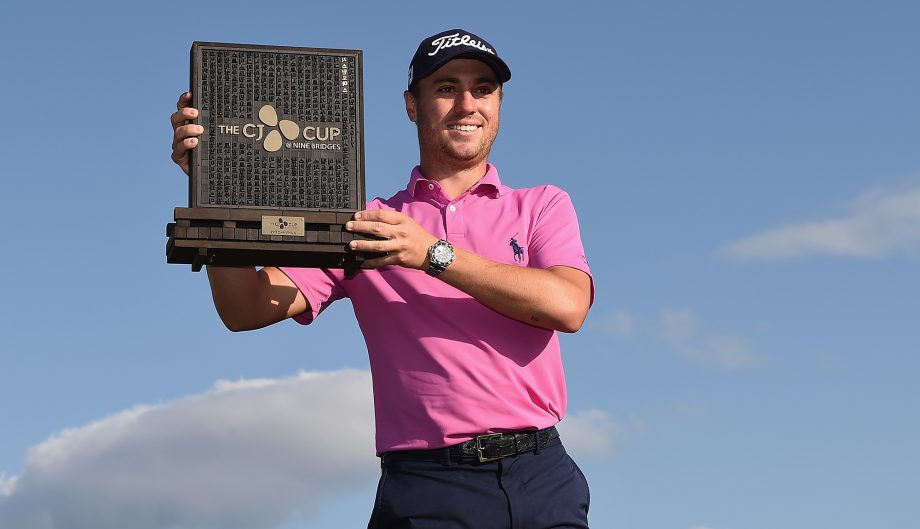 Thomas sealed his fifth PGA Title of 2017 when he birdied the second extra hole and Leishman made bogey after finding the water.

The pair went to a sudden-death playoff after completing the first U.S. PGA Tour regular-season event in South Korea tied at 9-under 279.

Cameron Smith of Australia finished one stroke back in third place at 8-under with Whee Kim, the highest placed finisher of the 16 South Korean players in the field, finishing fourth at 7-under after closing with a 72.

Best of the best.

The three best shots from Sunday's thrilling finish at THE CJ CUP. pic.twitter.com/GHJQDsJcLp

Thomas’ five tournament wins this year included his first major, the 99th PGA Championship, which he won in August.

Nick Taylor of Abbotsford, B.C., was the top Canadian at 1 under. Adam Hadwin, also from Abbotsford, finished 7 over.