There’s a reason Match Play is only once a year 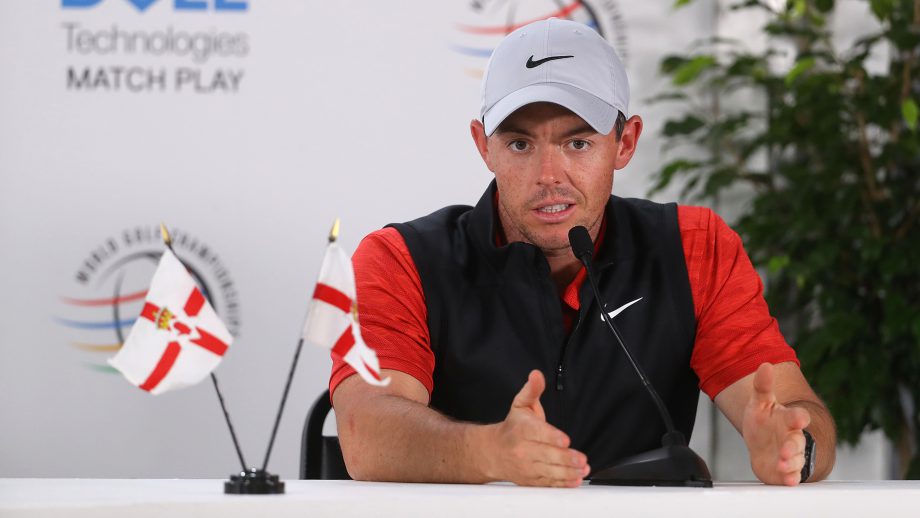 AUSTIN, Texas – Rory McIlroy loves match play because he believes it is the purest form of golf.

He also prefers single elimination, which he referred to as “straight knockout.” In simple terms, lose and go home.

Most players would agree on that, too, with a few exceptions.

It wasn’t much fun for Thomas Bjorn, who in two straight appearances flew from Dubai to San Diego and lost after 13 holes of the opening round. And for those who believe the word “upset” doesn’t apply at this level of golf, they probably didn’t see Ernie Els after he lost in the opening round to Phil Tataurangi.

What this World Golf Championship has shown is that golf is no longer all about competition.

This is the entertainment business.

It’s not just about birdies and bogeys. It’s television and corporate hospitality.

That’s why Match Play switched to group play in 2015, and it’s difficult to argue with the results. After 16 years of a few surprises – Jeff Maggert and Kevin Sutherland come to mind – the winners under the new format have been Rory McIlroy, Jason Day, Dustin Johnson and Bubba Watson.

McIlroy and Johnson joined Tiger Woods as the only No. 1 seeds to win. Day was the No. 2 seed. Watson, the two-time Masters champion, is considered the outlier in this context as the No. 35 seed.

So something is going right.

But even with the change, it still doesn’t solve one problem that exists in just about any format – the longer the tournament goes, the less interesting it gets because there are fewer possibilities.

Think back to The Players Championship two weeks ago when eight players had a share of the lead on the final day. In the Match Play, it comes down to two players over the final four hours, and that’s assuming it lasts that long. Watson only had to play 12 holes to win.

What would make the consolation match compelling is having Tiger Woods. In his 13 appearances, Woods has lost in every round except the semifinals. Put him in the consolation match, and it would be fun to compare which match had the biggest gallery and how much TV time each would get.

This is why the PGA Championship abandoned match play in 1958.

And it’s why the PGA Tour never once considered any form of match play to decide the FedEx Cup at the Tour Championship. It is good to have match play once a year because it is the purest form of golf. But no more than that.

“Wearing my player’s hat, I would love to see straight knockout again,” Paul Casey said. “But I understand it from trying to sell this from a corporate sponsor’s point of view, from an entertainment point of view. You want as much golf as possible on the weekend.”

They want as much golf as possible on the whole golf course.

Imagine having a corporate hospitality tent on the 18th hole. Last year, only three of the 16 matches on the weekend even reached the 18th hole.

“If I lose on Wednesday, I want to go home,” Casey said. “As much golf and excitement and drama to the end is ideal, but I don’t know what the solution is.”

Gone from the single elimination is the excitement of Wednesday, when half the field was sent home.

The group play still has a sense of urgency in the opening session, or at least it should. No one has ever lost on Wednesday and won since the switch to group play. Only eight players have lost their first match and won their group, with Bill Haas in 2017 reaching the semifinals.

Casey said one sponsor proposal sent to – and rejected by – the Players Advisory Council was match play until the weekend, two players from each group advancing and 32 players competing in stroke play over the final two days. That would be about the size of the Tour Championship field.

“What would you call it?” Casey said, chuckling at the idea that stroke play would decide the Match Play champion.

He also has heard suggestions about stroke play for qualifying and then using only the back nine for 18-hole matches so the gallery and corporate clients in tents can see more action.

“There’s some outside-the-box thinking going on,” he said.

More changes are possible, if not likely. Remember, the championship match used to be 36 holes until it was changed to an 18-hole final in 2011. Is it possible to reduce the length of the matches to nine holes so there could be more matches, more players, more possibilities on the weekend?

Anything should be on the table.