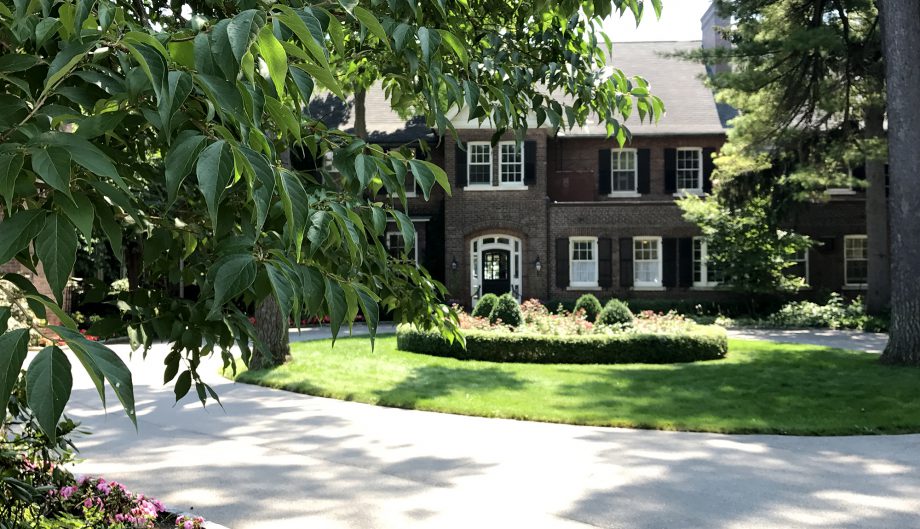 Many of the world’s best amateur golfers are set to gather in Canada for the 113th playing of the Canadian Men’s Amateur Championship at both The Toronto Golf Club and Islington Golf Club from Aug. 7-10.

The championship returns to The Toronto Golf Club for the ninth time – the most in championship history. Islington Golf Club will co-host the competition for the first two rounds while the field of 264 players from nine different countries take on two of Canada’s most renowned golf courses.

“We are beyond excited to be conducting the Canadian Men’s Amateur Championship at two of the finest golf courses in Toronto,” said Tournament Director Adam Helmer. “Every year, this competition challenges players with the opportunity to add their names to one of the most storied championships in the world—we are looking forward to writing the next chapter of Canadian golf history.”

The Toronto Golf Club was established in 1876 and is the third oldest golf club in Canada. It has also hosted the RBC Canadian Open five times. Islington Golf Club was designed by famed Canadian golf architect Stanley Thompson in 1923 and features tree-lined, parkland-style golf holes, rolling terrain, and the meandering Mimico Creek.

“We are incredibly excited to be welcoming back the Canadian Men’s Amateur Championship to The Toronto Golf Club for a record ninth time,” said John Gravett, General Manager and COO for The Toronto Golf Club. “Alongside our co-host Islington Golf Club, we are looking forward to challenging the deep international field on two of the country’s most memorable golf courses.”

“Islington Golf Club and its membership are very proud to be co-hosting this prestigious event,” said Dave Fox, General Manager at Islington Golf Club. “The Canadian Men’s Amateur Championship is deeply rooted in Canadian golf history, and we are thrilled to be a part of its 113th playing.”

In 2016, Team Canada’s Hugo Bernard (Mont-Saint-Hilaire, Que.) shot a final-round, 5-under-par 65 to claim a two-stroke victory at The Royal Ottawa Golf Club. It was his third win of the season after walking  away with champion honours at both the Alexander of Tunis and the NCAA Division II Championship.

An inter-provincial team championship will be played in conjunction with the first 36 holes of the competition with three-member teams vying for the Willingdon Cup. Team Newfoundland and Labrador comprised of Blair Bursey, Chuck Conley and Nathan Peters claimed the province’s first ever victory with a two-stroke win in 2016.

The Canadian Men’s Amateur Qualifier will be played at The Toronto Golf Club on Aug. 4 – a minimum of five spots into the tournament will be awarded. Additional information can be found here.

The field will be reduced to the low 70 and ties for the final two rounds contested at The Toronto Golf Club.

In addition to claiming the title of 2017 Canadian Men’s Amateur champion, the winner will earn exemptions into the 2017 U.S. Amateur at The Riviera Country Club in Pacific Palisades, Calif., and the 2018 RBC Canadian Open at Glen Abbey Golf Club in Oakville, Ont. The champion will also be eligible to receive an exemption into the U.S. Junior Amateur, the U.S. Mid-Amateur or the U.S. Senior Amateur, if applicable.

For more information on the 2017 Canadian Men’s Amateur Championship including the full field, starting times and live scoring, click here.

Hugo Bernard of Mont-Saint-Hilarie, Que.
The 22-year-old member of Canada’s National Amateur Squad is the event’s defending champion. He is fresh off winning medallist honours at the U.S. Amateur Qualifier in Maine and recently competed in the 2017 RBC Canadian Open. In 2016, he also won the Alexander of Tunis Championship and the Division II Championship (NCAA).

Andy Zhang of Winter Garden, Fla.
The 19-year-old is the highest ranked competitor in the field at No. 37 on the World Amateur Golf Ranking (WAGR). He finished runner up to Bernard last year and made history at the age of 14 when he became the youngest to compete at the U.S. Open in 2012.

Garrett Rank of Elmira, Ont.
In 2016 he earned his third straight championship win at the Canadian Men’s Mid-Amateur and is the highest ranked Canadian golfer in the field at No. 65 on the WAGR. He recently earned medallist at the U.S. Amateur Qualifier at Granite Golf Club while setting a course record and also competed in the 2017 RBC Canadian Open.

Chandler Phillips of Huntsville, Texas
The 20-year-old just completed his sophomore year at Texas A&M during which he was honoured as a Second Team PING All-American by the Golf Coaches Association of America. His most recent win came at the John Burns Intercollegiate last February, and he is currently ranked 42nd in the world.

Lawren Rowe of Victoria, B.C.
The 21-year-old finished T2 at the 2017 U.S. Amateur Qualifying in Pullman, Wash., and fourth at the Canadian University/College Championship. During his past season playing for the Victoria Vikes, he was victorious in four of his eight regular season tournaments in the National Association of Intercollegiate Athletics (NAIA).

Shintaro Ban of San Jose, Calif.
In 2016, Ban captured the California State Amateur Championship and the Robert Kepler Intercollegiate. The 21-year-old is currently ranked 69th in the world.

Jimmy Jones of Tampa, Fla.
The son of late Canadian Golf Hall-of-Fame honoured member Dawn Coe-Jones. A junior at University of South Florida, Jones posted six top-25 finishes in 2016-17 to lead his team. He was a semi-finalist for the 2016 NCAA Division II Jack Nicklaus Player of the Year Award. A dual citizen, Jones and will be competing in the event as a Canadian in honour of his late mother.