The road to revival for Maude-Aimée LeBlanc 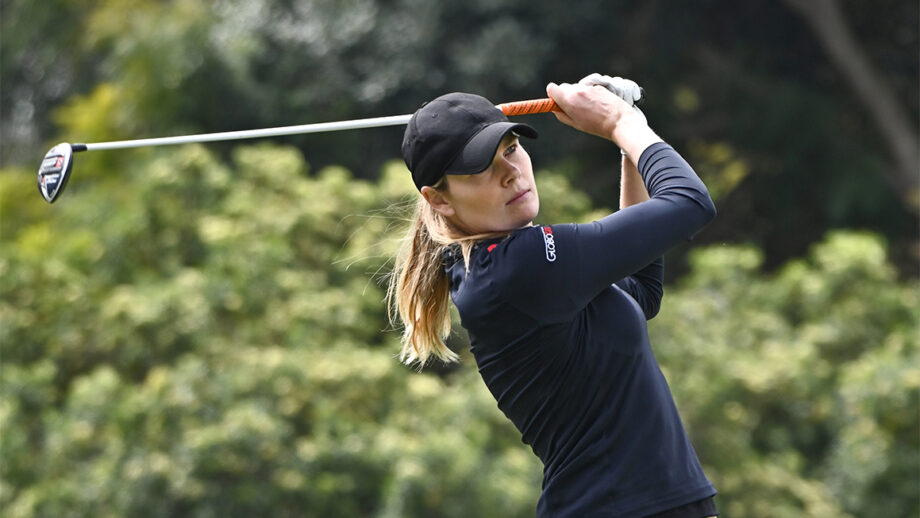 When Maude-Aimée LeBlanc has been on this season, she has very much been on. And now she’s hoping she’ll continue to trend in right direction as the springtime stretch kicks into high gear.

LeBlanc, who retired from professional golf in 2019 but made a hearty return in late 2020 and re-earned her LPGA Tour card for 2022, has notched two top-10 results so far this season. Her tie for 4th at the JTBC Classic presented by Barbasol in late March was her career-high finish on the LPGA Tour and it helped earned her a spot in The Chevron Championship – the first major of the season.

The native of Sherbrooke, Que., also finished tied for 8th at the Gainbridge LPGA at Boca Rio in January.

LeBlanc, who is part of Golf Canada’s Young Pro Squad for 2022, was re-motivated to pick the clubs up again in the early days of the COVID-19 pandemic. She decided to step away from professional golf after a disappointing season in 2019, but when golf returned to TV – as one of the first sports back in June 2020 – she decided she wasn’t done yet.

She played a handful of Epson Tour (then Symetra Tour) events later that year before putting her foot on the gas in 2020. She finished sixth on the Tour’s season-long money list to re-earn her LPGA Tour card for this season.

LeBlanc’s previous best LPGA Tour result was a tie for 7th, which came in 2017. Now she said she’s thriving when she’s near the top of the leaderboard.

“I think I have a tendency to play better under those circumstances when I’m playing with really good players or moving up the leaderboard,” said LeBlanc. “That motivates me to play better, more so if I’m fighting to make the cut. It’s a lot harder for me to focus or find the motivation to grind it out.”

Through the early part of the season LeBlanc has leaned on her incredible length and solid tee-to-green game. She’s averaging more than 277 yards off the tee so far in 2022, which is good for 7th on Tour. She’s also 7th in Greens in Regulation. In her prior run on the LPGA Tour LeBlanc, who will be the first to admit as such, struggled with her putting. But she’s also turned that into a strength the last few years.

LeBlanc also had a front-row seat to greatness earlier this season, playing alongside world No.1 (and reigning CP Women’s Open champion) Jin Young Ko. LeBlanc said she “really wanted” to see Ko’s game up close and observe how she’s been able to go on her record-setting run. When LeBlanc and Ko played together the 2021 Player of the Year was in the midst of a streak of 34 rounds under-par in a row.

“I usually don’t watch other players swing but I think she has a really good one and I did watch it a lot,” said LeBlanc. “Her tempo and the consistency she has is amazing. That makes the difference between her and everyone else – and she’s able to make a lot of putts, too.”

Although LeBlanc didn’t get the prep work she would have liked at Mission Hills Country Club – she missed the cut at the first major of the year after being part of the final group of players to earn a spot in the field – she’s quickly getting reacquainted with the LPGA Tour’s layouts. She admitted she may not have kept playing had she returned to the Epson Tour this year, but between her solid early-season results and her tee-to-green successes already, she’s as excited as ever to keep things going.

“It’s been a good beginning so far,” said LeBlanc. “It’s been really fun.”

The LPGA Tour’s LOTTE Championship begins April 13th from Hoakalei Country Club. LeBlanc, Maddie Szeryk, and Brooke Henderson – who won this event in back-to-back years in 2018 and 2019 – make up the Canadian contingent.