The revival of Rebecca Lee-Bentham 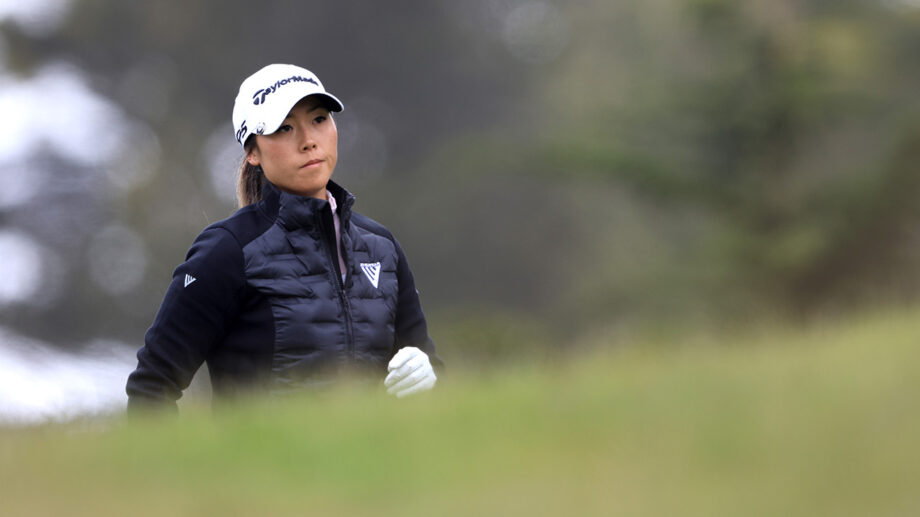 SAN FRANCISCO, CALIFORNIA - JUNE 04: Rebecca Lee-Bentham of Canada plays her shot off the fourth tee during the second round of the 76th U.S. Women's Open Championship at The Olympic Club on June 04, 2021 in San Francisco, California. (Photo by Sean M. Haffey/Getty Images)
David Li

Rebecca Lee-Bentham made it a priority to recharge in the off season and now the long Canadian National Team member feels rejuvenated and is focused on having a successful season on the golf course.

“During the offseason I did a little bit of coaching at a new golf facility in Los Angeles called The City Golf. I went on a couple golf trips to play some of the courses on my bucket list – Pebble Beach, Spanish Bay, Spyglass, and Shadow Creek,” Lee-Bentham revealed, adding that she made it a priority to slow down and focus on her mental and physical health.

Born and raised in the Greater Toronto Area, Lee-Bentham was an amateur standout who first joined Golf Canada’s National Team Program in 2007.  The former Canadian Junior Girls champion and honour roll student would go on to earn a golf scholarship to the University of Texas.

Shortly after winning the Canadian Women’s Amateur in July of 2011, she decided to forego her remaining years at the NCAA DI university to chase down her childhood dream of competing on the LPGA Tour.  And the Longhorn alum was able to realize that dream when she secured full playing status at the LPGA Q-School tournament later that year.

“She was a good classmate. I’m excited to see another Longhorn doing something big. I’m proud of her and I wish her a lot of success,” said NBA star Tristan Thompson at the time upon learning about his former classmate’s big achievement.

Lee-Bentham entered her rookie season on the LPGA Tour as a bright eyed 19-year-old in 2012 along with Maude-Aimée Leblanc.

In her sophomore season, she was the top earning Canadian on the LPGA Tour and was named by Canadian golf writers as the 2013 Female Professional Golfer of the Year.

However, nagging injuries and the constant grind would lead to inconsistent results over the next few years and Lee-Bentham decided to retire in the summer of 2016.

After stepping away from the competitive side of the game, Lee-Bentham stepped into the coaching side of the sport.

“Mentally speaking, when you do something over and over under a lot of pressure, it becomes stressful and the joy can be lost. Sometimes you just need a little break to realize the love you have for the game and you begin to appreciate the skill that you worked so hard to develop,” she said.

And in 2019, with a new found appreciation of the sport, the former LPGA pro decided to relocate to Irvine, California in order to make a return to competitive golf.

“Rebecca needed to step back and remember why she played the game and what it was all about. I personally feel she is a top 60 player in the world or better when she is engaged and practicing the right way,” he said upon learning about her return to competitive golf back in 2019.

Besides Ingram and Thompson, there are many supporters in her corner that believe Lee-Bentham still has what it takes to play the game at the highest level.

Recently, she was awarded the 2021 GJAC Women’s Player Bursary to support her in quest.

“I really appreciate the extra support from the Golf Journalists Association of Canada and Mackenzie Investments. I’m grateful to receive the bursary that will help cover a bit of the expenses this upcoming season,” she said.

Lee-Bentham will also be receiving support from Golf Canada as it was recently announced that she will be a rejoining the Young Pro Squad for 2022. The long time National Team member is grateful for all the support she has received from Golf Canada throughout her career.

“Golf Canada gives their players the support that is needed to get onto the Tour. Along with financial support, they have a team of coaches and trainers to guide players from the junior level to life as a professional golfer,” Lee-Bentham noted

“There are a lot of costs associated to making it onto the tour and even more once you get on tour such as paying your way into Q-School, having a training facility and golf course to practice at, equipment, coaching, travel costs, caddie fees, tournament entry fees, and the list goes on,” she continued.

“I believe having funding and support is crucial to any player’s success on tour. Golf is an individual sport but it requires a team, alongside the player, to make it to the top.”

Lee-Bentham will be competing on the Epson Tour this year with the goal of taking her talents back onto the LPGA Tour.

“Ironically, before I started playing golf, my dad worked for Epson as an electronic engineer and retired early to support my golf career. What Epson is doing for the women’s tour is amazing and a huge step in the direction we all want to see,” she pointed out.

Having first been introduced to the sport at the age of 12 by her dad, Ken Lee-Bentham, the former Canadian Women’s Amateur Champion and former LPGA Tour pro is celebrating a special milestone this month as she is turning 30 years old.

“As the years go by, there are more and more things to look back on and be grateful for. I’m constantly in awe when I think about where this game has taken me and all the opportunities I’ve been blessed with.  At the same time there is more to life than just golf, so I am reminded to find balance and prioritize the things that matter to me the most,” said Lee-Bentham.

As the Young Pro Squad member prepares to start her season, she feels rejuvenated and is mentally prepared to celebrate a successful year ahead.

“My goal this season is to finish Top 10 on the money list on the Epson Tour and have a tournament win. I would also love to qualify for the US Women’s Open again and earn a spot into another LPGA event,” she said.”I’m approaching this year with the mindset that I’m just going to learn, improve each week and enjoy having the opportunity to compete and do what I love.”