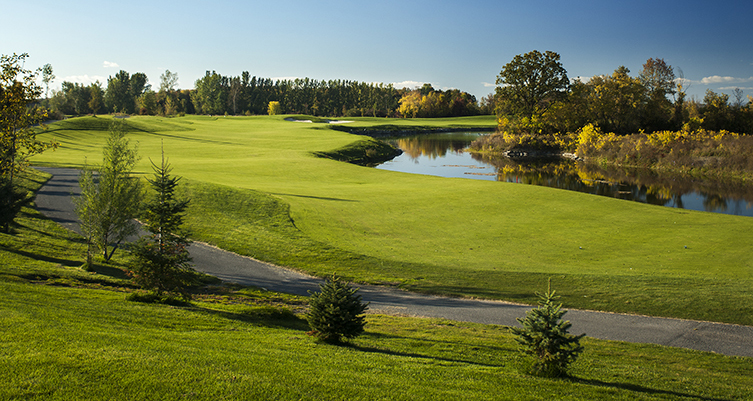 Although they don’t realize it, the players at next week’s World Junior Girls Golf Championship have much in common with the golf course they are competing on.

They are all teenagers, have impressive tournament histories and—as all teens can be—at times unpredictable, capricious and challenging.

The Marshes Golf Club, located in the Ottawa suburb of Kanata, opened in 2002. It holds the distinction of being the last design collaboration between the late Robert Trent Jones and his elder son, Robert Trent Jones Jr. Also of note is that the layout features six par-3s, six par-4s and six par-5s.

As far as tournament history, The Marshes has played host to the Canadian Women’s Tour and five PGA of Canada Senior Championships, plus many top pro and amateur events. Its championship pedigree comes as no surprise as, in addition to its prestigious designers, its owner knows a thing or two about major events. Sir Terry Matthews was born in Wales and moved to Ottawa where he became a high-tech billionaire. His love of golf led him to buy Celtic Manor in his native Wales in 1980 and build two golf courses, one of which was the venue for the 2010 Ryder Cup.

When Matthews developed The Marshes, the goal was to attract public and corporate clients who wanted a high-end golf experience. More about the course shortly, but that experience is enhanced by the glitzy Brookstreet Hotel which overlooks the eighth tee. The CAA/AAA Four Diamond hotel offers not only a great view but outstanding accommodations and cuisine plus a spa, pools and just about every other conceivable amenity. It will be home for a week to the competitors in the World Junior Girls Golf Championship.

Back to golf… As you might expect from its name, the course has its share of water. In fact, that unforgiving hazard is present on every hole, says Head Professional Andrew Donaldson.

In addition to water, he says, every hole presents something else, he says. “Teeth. This is a course that challenges you, but the real challenge is to just keep the ball in play. Take what the golf course gives you and you should score well. Try to bite off too much and you will pay the price. Length is not the primary factor here. You have to place the ball where the hole tells you to.”

Nowhere is that more evident than on the par-5 second hole, one of two tough par-5s in the first six holes. Wrapping around a lake for its entire length, it epitomizes Donaldson’s warning. In fact, he says, the first six holes can make or break a round.

Not that the middle holes are any picnic, but a good round can be derailed over the last three holes, Donaldson says. The 16th is a par-5 with a stream that cuts across the fairway before meandering up to the left side of the green. The 17th is a well-bunkered par-3 and the finishing par-4 presents a fairway bunker off the tee and then wetlands that threaten the second shot.

“Unless they are playing very well and very carefully, just about every player will lose a ball during their round,” says Donaldson. “But they are really good players so it should be exciting to watch them tackle the challenge.”

Donaldson and his wife had a baby girl just prior to the World Junior Girls Golf Championship, so he may have an extra interest in this tournament at his home course. He calls the event “an investment in the future” and “good for the game” and he couldn’t be more accurate.

In addition to the four competition rounds which run Tuesday, Sept. 22, through Friday, Sept. 25, there will be a coaching symposium and a skills clinic on Sunday, Sept. 20, and a junior-amateur fundraiser on Monday, Sept. 21. Not only will the championship identify the best under-19 female golfers in the world, but it is intended to raise the profile of the game among that age group and encourage more young women to take up golf.

To learn more about the World Junior Girls Golf Championship, visit www.worldjuniorgirls.com. For more on The Marshes Golf Club, go to www.marshesgolfclub.com.