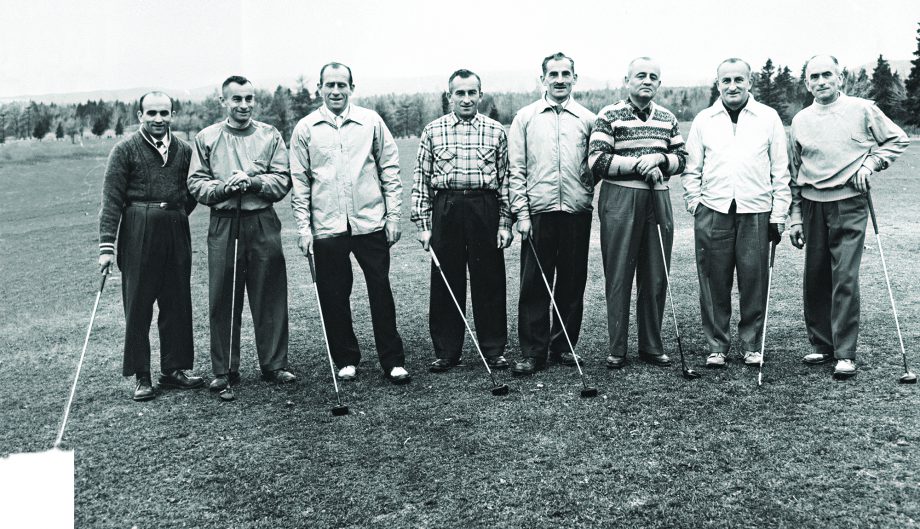 With the Royal Quebec Golf Club being conveniently located across the street from the Huot household, all eight Huot boys — Emmanuel, Jules, Maurice, Ulric, Rodolphe, Roland, Benoit and Tony — at one point marched across to work as caddies and help their family financially.

The hours spent at the club, watching and learning from members, developed their love for the game. And though they each gained local and provincial acclaim as players, it was Jules (second from right) who enjoyed the most success.

This article was originally published in the Family Issue edition of Golf Canada Magazine. Click here to view the full magazine