The debut for Hughes: Canadian rookie tied for lead at Players 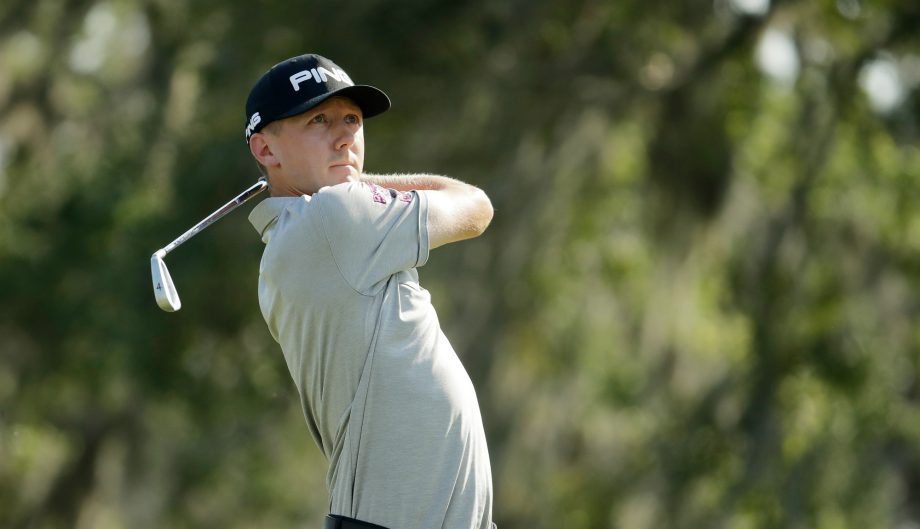 Mackenzie Hughes, of Dundas, Ont., arrived at the TPC Sawgrass with no scar tissue and played his first round at The Players Championship with no bogeys.

The Canadian rookie shook his head and laughed. Even after going bogey-free in his debut Thursday for a 5-under 67 to share the lead with William McGirt, Hughes saw enough of the Players Stadium Course to realize that surprises lurk around every corner.

“There’s just not really a moment where you can let up,” Hughes said.

No need explaining that to Adam Scott, who won The Players in 2004 and was off to a strong start on a steamy afternoon when he was 6 under and heading to the infamous par-3 17th with its island green.

First, he watched Masters champion Sergio Garcia hit a gap wedge that took one big hop, land just behind the cup and disappear for a hole-in-one.

Scott followed by spinning a shot off the bank and into the water for a double bogey, and he compounded that with another double bogey.

“I played some good golf out there and unfortunately not on the last two,” Scott said after settling for a 70. “It happens.”

At least he had company.

Dustin Johnson’s first wedge of the day hit the pin, caromed off the green and led to bogey. On a day when nothing seemed to go his way, the world’s No. 1 player opened with a 71. Rory McIlroy went to tap in from 2 feet and missed it, and then had to make one twice that long for his double bogey on the 10th hole. He shot 73.

Through it all, Hughes was rock solid. Only twice did he have par putts longer than 3 feet, and he made them both. The last piece of stress came on the final hole when trees block his way to the green. To chip out sideways would risk chipping into the water. He found a 4-foot wide window in which he had to keep it under on branch and go over two more. It was a large enough gap and the perfect shot for a 6-iron.

“I was close enough to the trees. It paid off,” said Hughes, who already has won (Sea Island) in his rookie season on the PGA Tour.

Mackenzie Hughes shares the lead at THE PLAYERS

See and hear what he had to say after a solid opening round ? pic.twitter.com/p9LJw6Ug6n

McGirt played in morning and made a pair of eagles on the back nine to atone in his round of 67.

Among those at 68 was Jon Rahm, another first-timer at this lucrative event who had one of four bogey-free rounds on the steamy day in north Florida. Even with a mild wind in the afternoon, just over a third of the field broke par.

Fast starts and bad finishes were the norm, and not just for Scott.

Defending champion Jason Day ran off two straight birdies after making the turn and was in the lead at 5 under, which for the former world No. 1 was a peculiar position. He hasn’t won since The Players last year. Day, however, made three bogeys over his last four holes and had to settle for a 70.

He was playing in the same group as Rickie Fowler, the 2015 champion who also got off to a fast start until one bad shot – a really bad shot – on his 15th hole at the par-4 seventh. From the middle of the fairway, Fowler blocked it so badly to the right that it hit a cart path and went deep into the pines. It took him two shots to get out and he made double bogey. Fowler also shot 70.

“No one’s going crazy low or anything like that,” he said.

Garcia’s round was different. He made three bogeys and a double bogey in his opening six holes and went out in 40, the first nine holes of competition he has played since winning the Masters a month ago. He felt nerves on the first tee when he was introduced as the Masters champion.

“The feeling was great,” he said. “I think I wasn’t quite in the tournament because of everything that’s been going on after the Masters win and media and people congratulating you left, right and centre. I felt like I was a little bit up in the clouds, and when I woke up, I was 4 over after six.”

Johnson still has only two rounds in the 60s out of 27 attempts at the Stadium Course. He could accept this 71 just because of all that went wrong – the wedge that hit the pin on No. 1, birdie putts that spun around the holes at Nos. 2 and 12. Johnson rallied late with a 25-foot eagle putt on the 16th hole.

“It could have been really good today, but ended up just being OK,” Johnson said.

McGirt was among 13 players from the morning draw who shot in the 60s, but he was the only player to get as low as 6 under until he missed a short par putt on the final hole. Told that no one had made eagle on both par 5s on the back nine in the opening round, McGirt didn’t have an answer.

He made it sound simple, even though the Players Stadium Course can be anything but that

Brantford, Ont., native David Hearn, is T18 after an opening round 70.