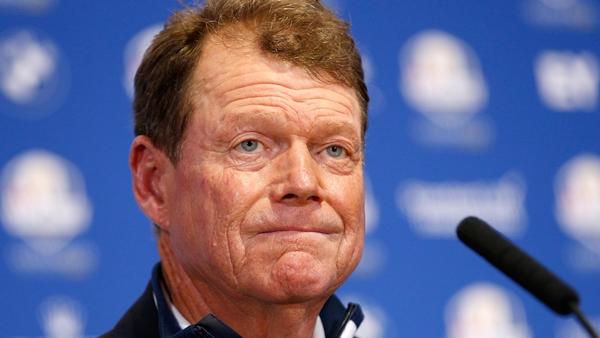 NAPA, Calif. – For the first two days of the Ryder Cup, only 16 players were on the golf course at the same time.

And they had plenty of company.

The greatest growth in golf might be the number of guests allowed inside the ropes at the Ryder Cup.

Some have credentials. Some do not. One person at Gleneagles was the friend of a brother of a player. Other person seen inside the ropes was … well, no one was sure.

It’s not a clean look, especially with overhead views on television. And there were a few complaints from fans behind the ropes to struggled to see.

This has not escaped the attention of Ryder Cup organizers.

“It is an issue that we continue to review and monitor,” Kerry Haigh, chief of championships for the PGA of America, said in an email. “As you know, there are a number of different groups that currently are allowed access inside the ropes. … All categories and numbers are and will be reviewed and may be reduced or eliminated if we collectively feel it will be in the best interests of the Ryder Cup.”