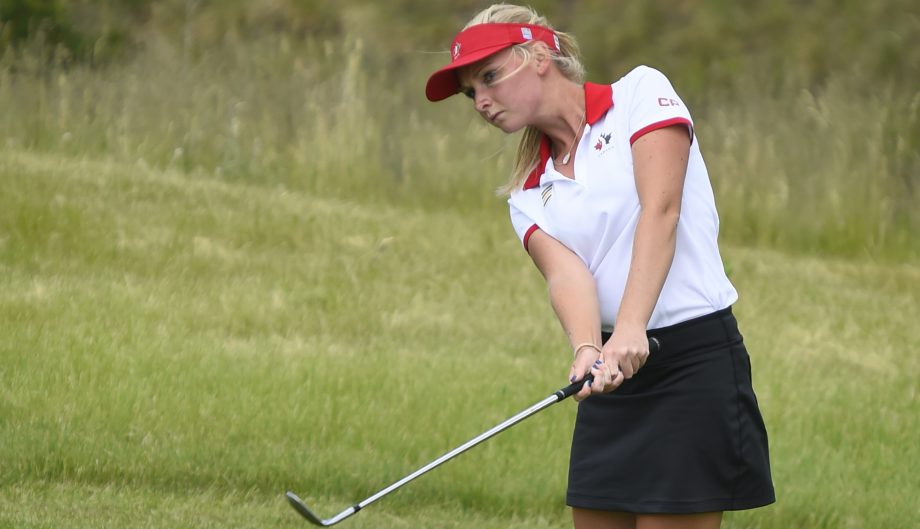 National Amateur Squad members Maddie Szeryk and Jaclyn Lee both finished inside the top-15 on Wednesday at the Columbus Regional to advance to the NCAA Championships.

Szeryk, a junior at Texas A&M, held the 36-hole lead at Ohio State University’s Scarlet Course with a score of 1-under par (73-70).

The London, Ont., resident struggled in the final round with seven bogeys and a double bogey to card a 7-over par, 79. She finished in 10th place, six shots back of Kelly Grassel (Florida) and Ana Pelaez (South Carolina) who were co-medallists at even par.

Texas A&M failed to advance as a team to the NCAA Championships, finishing outside the top-6, but Szeryk qualified as an individual for the event.

The third-year Team Canada product was recently named to the All-SEC team for the third consecutive year, thanks to nine top-10 finishes this season.

Lee, a sophmore at Ohio State, entered Wednesday’s final round two shots back of Szeryk at 1-over par (73-72).

The Calgary native struggled to find her game, posting three bogeys and a double bogey on the back nine to close with a 79 (+7). She finished T13 at 8-over par for the tournament, eight back of the medallists.

The Buckeyes finished 4th in the team competition and will advance to the NCAA Championships for the second consecutive season.

The Buckeyes are officially heading to the NCAA Championships with a 4th place finish in the NCAA Columbus Regional. pic.twitter.com/U1ULfICKL4

Lee, the Buckeyes stroke average leader heading into the weekend, will look to lead Ohio State to their first NCAA title in program history on May 19-24 at Rich Harvest Farms in Sugar Grove, Ill.